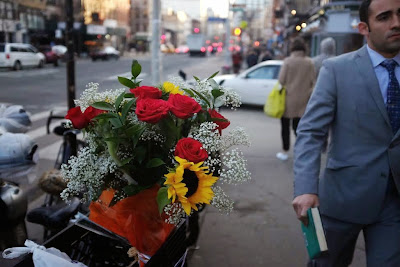 A visit to Cobblestones, now in its 34th year selling vintage clothes on East Ninth Street (The New York Times)

Nawlinz, a New Orleans-themed pop-up restaurant, has opened inside Durden, the bar at 213 Second Ave. and East 13th Street (PRWeb)

Even Starbucks is struggling to pay Manhattan rents (The Commercial Observer)

About Chloe Sevigny's "Guide to Being a New Yorker" (Flaming Pablum)

and via the EVG inbox... 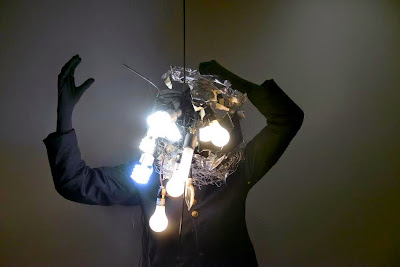 The subway problem is so depressing. Considering the infrastructure problems, the budget problems, the staffing problems, the fact that the system is already heavily subsidized... there is no chance of things improving in our lifetimes. Subway service is only going to get worse and more expensive every year.

You ought to become a libertarian. The subway is run by the government, so of course it's going to be run poorly. It will only get worse and more expensive.
An increasing portion of your subway fare goes to fund the stupidly rich pensions of the subway workers.
When the subway started it was three separate privately run lines, and was more efficient and innovative than now, and cost less as a percentage of a rider's income.

Privatize the subways now more than ever.

the problem is leadership and somewhere along the line the pols took responsibility out of the City and to the State - the upstate City haters won't do shit for NYC (but they sure line up for the outflow of tax $$$ from metro area). NYC is exporter of taxes, in the billions. Our politicians feel it is more important to send billions to fight endless undeclared wars than support the citizens, and since the corporates who profit from the endless wars also own the media, most people are clueless. most people could tellyou some celebrity sluts ass size before they could tell you their state representative. Hell, we can't even get them to stop poisoning our water with chemical flouride.

Does Durdens have a licensing agreement with author Chuck Palahniuk for the name of their bar? It's ironic a sports bar would be named after a character from Fight Club anyway.

Well, we do agree that fluoride should be out of the water, the sooner the better. Flouride is a cancer-causing neuro toxin.

Let's get a campaign going to get fluoride out of our water now more than ever!

@grump - Abe Beame handed almost total control of the City, financial and otherwise, to Albany during the bankrupcty crisis of the late 1970s in exchange for the state's help in getting NYC out of its monetary Grand Canyon. Prior to that it had much more of a say in its own affairs, but no more. Now we are beholden to a bunch of lumpen upstaters who don't give a shit about us or our problems, caring only about the massive amounts of tax dollars we funnel into the state's coffers, which they profit from far more than we do. And as someone who has been riding the subway almost daily for decades, I can honestly say it's worse now than it was in the 1980s. The sheer - and growing - number of riders is staggering, and the resulting amount of shoving, profanity, and sometimes outright violence on display as the minions attempt to pack onto an already full, already late train at rush hour - well, I've never seen anything like it before. At least in the 80s the trains were usually fairly empty, free of students, tourists, hipsters, SATC wannabes's - you know the types.

Contrary to what Bill said, the MTA is not actually "run by the government." It's a quasi-governmental agency (similar to the "public-private partnerships" favored by our hopelessly corrupt former mayor). These sorts of organizations are perhaps even more prone to corruption than government-run agencies because of the lack of institutional oversight. This is one of the areas where the "smaller government" argument favored by conservatives breaks down.

I'll still ride my seatless, one peddled CitiBike to work thank you very much! Its great cardio!