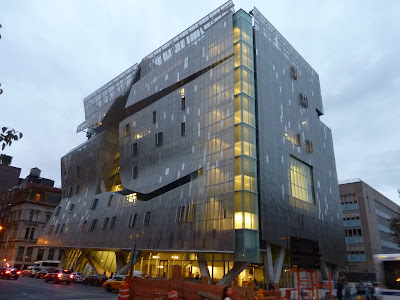 In case you missed this from The Wall Street Journal yesterday ... New York state Attorney General Eric Schneiderman is investigating the financial decisions that led Cooper Union officials to charge undergraduate tuition for the first time in its history.

The probe includes a look at several decisions by Cooper Union’s past and present trustees, according to people familiar with the investigation. Among them: a $175 million loan, using the Chrysler building as collateral, to help finance more than $100 million in new Greenwich Village facilities, the people said.

Mr. Schneiderman’s office is also reviewing the terms of the school’s lease agreement at the Midtown skyscraper with real-estate company Tishman Speyer, a bonus that the board approved for former President George Campbell Jr. and potential inaccuracies about the board’s financial decisions on the school’s official website, the people said.

A Cooper Union spokesperson told the Journal that school officials are fully cooperating with Schneiderman's office.

In May 2013, a group of Cooper Union students occupied President Jamshed Bharucha's office for 65 days to protest the decision to start charging tuition.
Posted by Grieve at 2:30 PM