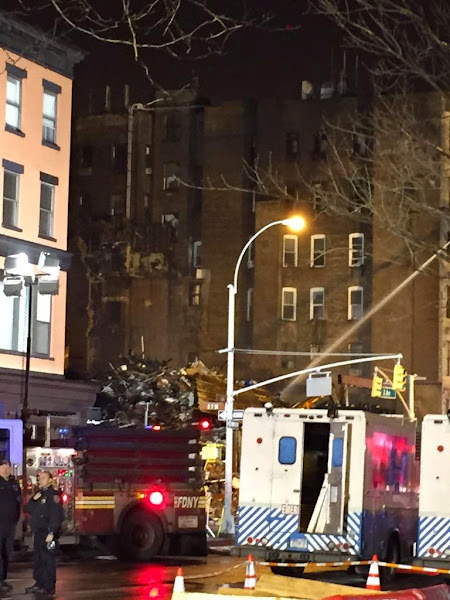 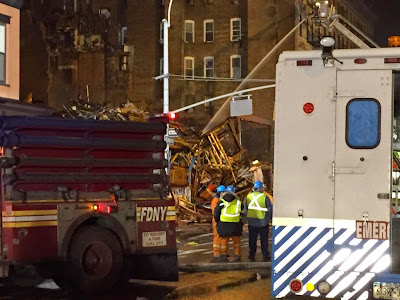 119 Second Ave. at the corner of East Seventh Street (one-time home to Love Saves the Day) is gone … as is 121 Second Ave., where the blast occurred yesterday afternoon (Sushi Park is the retail tenant), and 123 Second Ave., where Pommes Frittes and Sam's Deli were the retail businesses. We do not know the status of Enz's, the shop at 125 Second Ave., though we did hear via Facebook that owner Mariann Marlowe got away safely. The folks at B&H Dairy at 127 Second Ave. reported on Facebook that they are OK and will be open for business soon…

The latest published reports say that 19 people were injured, four critically. Two men are still missing. Will continue to update today throughout the day. 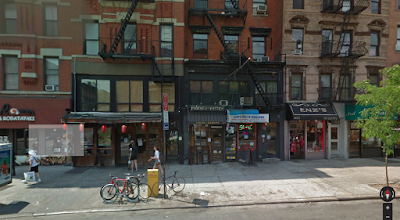 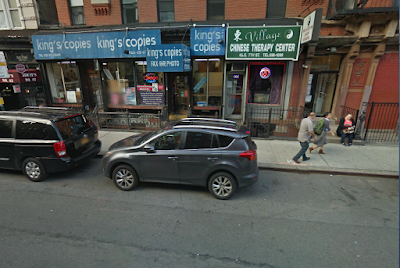 Next-door neighbors Jimmy's No. 43 and Standings are day to day...

We'll remain closed today. We're day to day and will update as we have news to share. Thanks for love + support.

Eerie, spooky... Quietest night ever in my 15 years living in East Village. Keep up the great coverage Grieve!

Could you tell me where I can donate clothing for people who lost their apartments? Thanks!

Jucat, I just heard on the news that people who were affected could go to the Tompkins Square Library to access resources. Maybe you can go there and see if they are seeking donations.

Jucat, also there is an emergency shelter set up at Public School 63 on East 3rd Street. You could also go there and see if people need any clothes, etc.

Oh no King's Copy! Copy shops are a dying breed but to go out like this is horrible!

I think there was also a plumbing business that worked out of this location - I would see them setting up their vans in the morning here.

Any word on the man who works at King's Copies? I understand his windows were blown out in the initial explosion. I'm hoping he is ok!

I always loved how King's Copies was a play on the old Kinko's stores - down to "King Co" and the ripoff of the Kinko's color scheme.

So sad for the hurt, missing, and destruction of a whole corner of life.

King's Copies took the best passport photo ever for me a few years back, no mean feat. Sorry to see it go like this.