Pukk is closing for good after tomorrow night 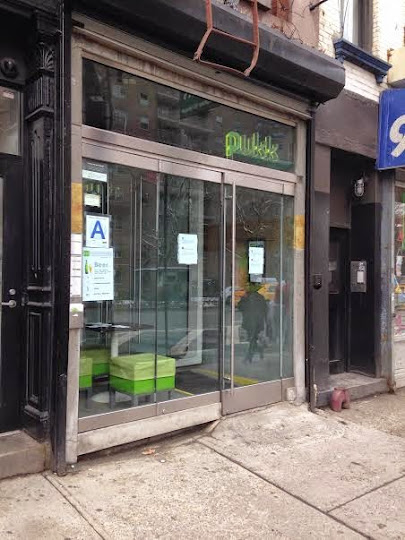 The 11-year-old restaurant shuts down after service tomorrow evening, according to the sign on the door here at 71 First Ave. between East Fourth Street and East Fifth Street. 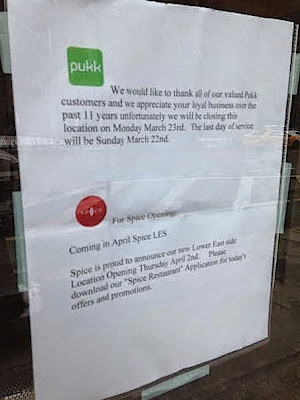 Pukk's "vivid Thai–fusion cuisine" (per New York magazine) was a favorite among vegetarians. In a piece at the Voice back in June 2005, Robert Sietsema wrote: "In contrast to both the ho-hum vegetarian restaurants of the East Village and the mediocre Thai places found nearly everywhere else, Pukk is manna from heaven."

And, based on the sign to Pukk patrons, it appears there's a Spice opening here next month. (Pukk and Spice share the same ownership.) The Thai chainlet has been slimming down. The Fourth Avenue location closed in December. And the Spice on Second Avenue at East Sixth Street is on the rental market. 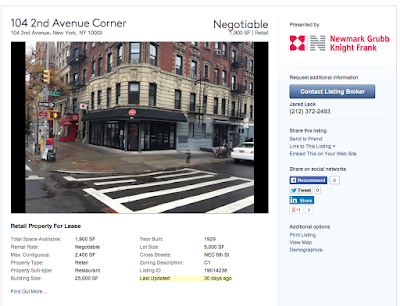 This is another restaurant I liked and didn't go to nearly enough; vegetarian Thai is notably special because it's amazing to be able to make Thai food without using fish sauce. (No, fish is not a vegetable.)

The message here, people, is: use it or lose it. Support your favorite businesses before they're gone!

God, the city really just fucking sucks now. Everything decent and unpretentious can't afford to stay in business even after decades of loyal patronage.

Bars and bones. Bones and bars. That's all there is. The happy hours are starting earlier and earlier too.

They had a location on Prince St. a few years ago. Is that still running?
The problem with Pukk for me is that most dishes have soy, which disagrees with me.

Why, why, why?
This is my favorite Thai place, and one of my favorite restaurants in the city. We eat or order from here at least once a week. Superb vegetarian Thai. Always tasty, and very fresh,and the prices very fair. I can't believe this.

Are they moving to a new location?

Thats it. I can bo longer afford to eat out anymore.

This one really hurts and I'm so surprised! This has been an at least once a week ritual for us for years - love Pukk! The food was so good and the people amazingly nice - what a huge bummer.

This is our FAVORITE restaurant in the EV, probably NYC. This is so very, very, very sad.

So sad. Everybody please patronize the rest of our local vegan / mostly vegan restaurants so they don't disappear.

My faves (both on 6th St. betw 1st & 2nd):
- Lan Cafe (they're cool with BYOB and don't charge extra if you do)
- Souen (since they also offer organic fish you can take your friends there)

Neither Lan Cafe nor Souen are on Seamless, and that's not a good thing. Yes, Seamless is to some degree evil, but they're a necessary-evil at this point.

Also, Souen - gotta get that signage going guys. Walk down 6th all the time and had no idea you were macrobiotic. With the insane rents in this city can you really afford to be coy about who you are? Say it loud and proud.

Just came back from a "last night" dinner at Pukk - apparently there will be some management decisions to decide the menu and possible degree of vegetarian food for the new Spice there...judging by the fact that it was packed tonight and the loyal locals I hope that the management realizes what a smart move it would be to keep it veg - here's hoping:)

OMG My go to vegan/microbiotic spot closed ! - And you are the people who complain about the new EV? WTF? NYC used to be a working class town where you drank beer and ate normal food. You people complaining about your vegan food are the ones who fucked it all up. First world Park Slope problems. Please just STFU already.

For those who mentioned Lan..go soon, as they're closing at the end of April

Damn I wish I went there more now. I liked that place just sort of forgot about it. I cant really picture Souen being on seamless. Do they deliver?

Anon 11:16 - vegetarian food has had a home in the EV for DECADES so maybe you need to calm down since you're wrong.