Peter Cooper is now out of the box 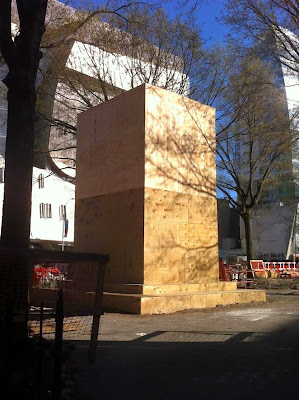 As we noted yesterday morning, workers were starting to remove the Peter Cooper monument from its protective plywood. 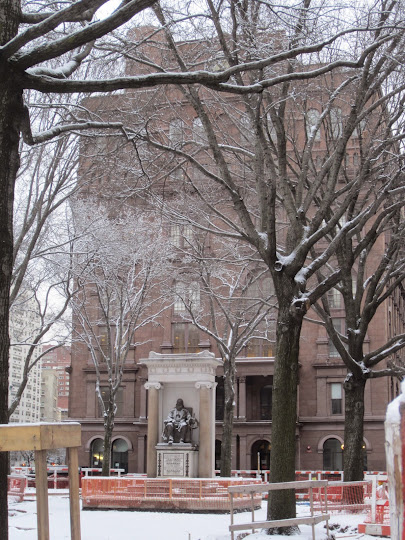 So just for some closure, so to speak, Peter Cooper is now completely out of the box… free to once again watch over the park outside Cooper Union that bears his name… 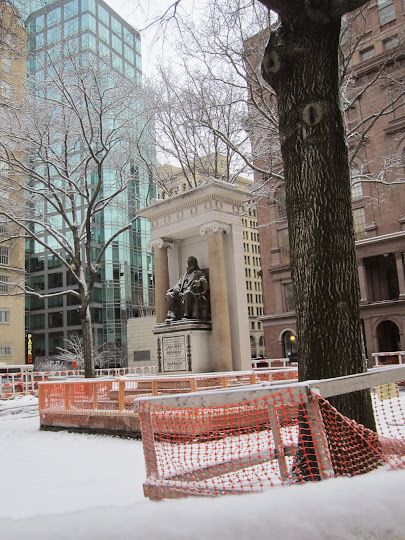 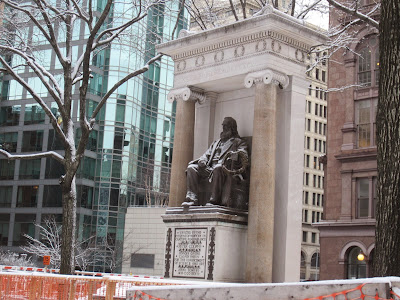 Workers had covered Coop up for safekeeping during the Astor Place-Cooper Square reconstruction project, which will be done just as soon as the 4-5 guys working on it are done.
Posted by Grieve at 10:29 AM

I already forgotten he was still there. I wish they would excavate the underground public restroom at the south end of this park.