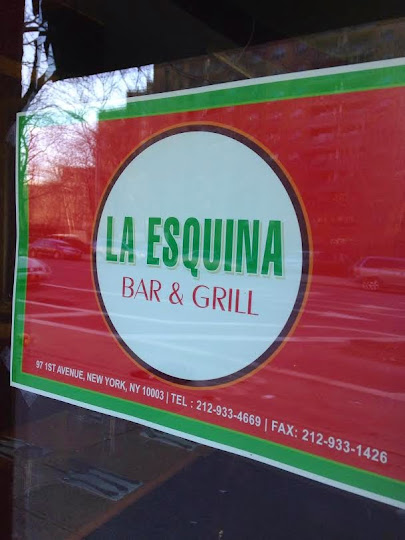 As we noted last week, Figaro Cafe Bistro Bar & Grill on First Avenue and East Sixth Street… was changing up concepts and now going by La Esquina Bar & Grill, per the signs in the window. 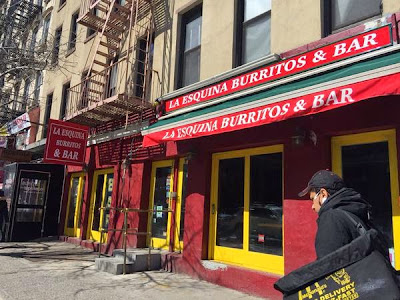 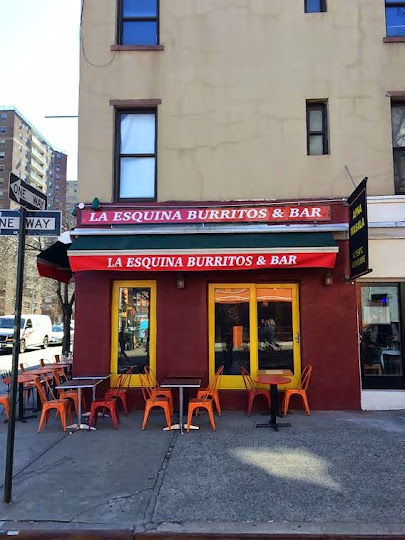 [Photo by Vinny and O]

Figaro opened in January 2014, taking over the space from Banjara.
Posted by Grieve at 4:31 AM

Fucking weird to give it the same name as another Mexican place which is also downtown and very well known.

Does anyone else dislike the paint job? Seems out of context to say the least.

At least they put "Burritos" first.

I'm surprised they didn't call it Little Mitali. When did they divide the store and add the Indian place on the 6th St. side?

These guys are really trying hard. They really want to be in the restaurant business.

Is Indian food on 6th Street that hard to do? I guess with all the vegetarian restauannts closing Generation Selfie would rather pose for pictures in front of disaster areas than enjoy a hot plate of curry and rice. But if these guys want to run a restaurant why did they try a tourist trap stye Italian food concept while "borrowing" off the Cafe Figaro name and now Mexican La Esquina ripoff when there are many more authentic places to go?

Places like Saravanna in Curry Hill, which is ultra spicy and also serves vegetarian Southern Indan, are packed beause the food is good and authentic. So are fast food places like Desi Shack on Union Sq. and Indikitch in the Flatiron, who will make it as spicy as your like and make it fresh

The mistake many of the Indian restaurateurs on the block made was watering down the Indian cuisine to suit tastes of the last century and not this one. Now they are panicking and trying cuisines they don't understand. Make some amazing Kati rolls or try doing frontier food or Dosas and people who know this cuisine will come,

I'd imagine they are trying to fill a hole left by the shuttering of Benny's, and they might be onto something if the place is decent.