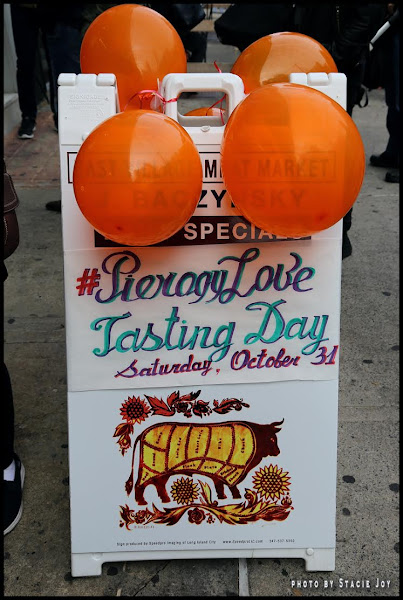 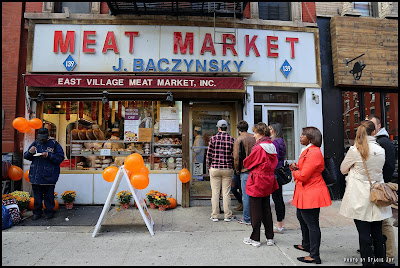 I sampled the wares from Veselka’s, Rosa-Ly Pierogi, Streecha Ukrainian Kitchen, among others, and met the folks behind the event, Roman Ilnicki and his father, store manager Andrew Ilnicki. 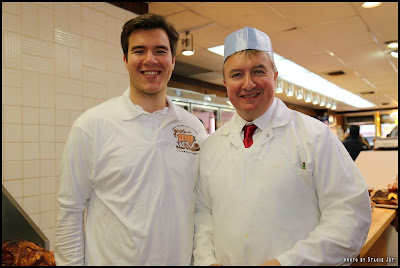 Roman took a few minutes out of his busy day to chat with me about the shop, his family, and the traditions behind the store and its place in the neighborhood. Roman’s family used to live above the shop until a few years ago when they moved a couple blocks south. The store is still owned by Julian Baczynsky, who is in his 90s now. Andrew Ilnicki, who worked his way up from bagboy to store manager, is now running the market. 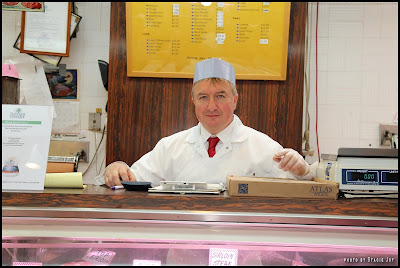 Roman was enthusiastic about the store’s responsibility to the community, where it has been serving the Ukrainian, Polish, and Eastern European customers as well as the rest of the East Village since 1970. With Pierogi Tasting Day, which offered plentiful samples, Roman wanted to do something nice for the neighborhood.

He believes that good food brings people together. He thought that celebrating the foods of the Ukrainian community — the meats, cheeses, blintzes and pierogis as well as the store’s best-sellers, its bone-in ham (a Christmas staple) and house-smoked kielbasa (they smoke the kielbasa on site every morning) — would be a great way to showcase the traditional values of the store: customer service, and old-school fine Eastern European tastes, products and experiences. 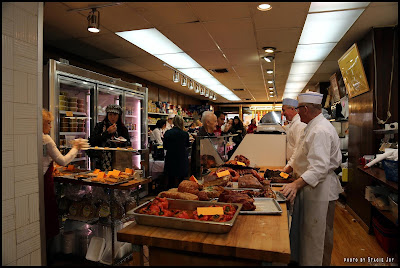 When I asked him what has changed since the store first opened, he said not much, with the exception of refrigeration, and some newer safety regulations, but that the foods and their prep are still the same today as they were 45 years ago. 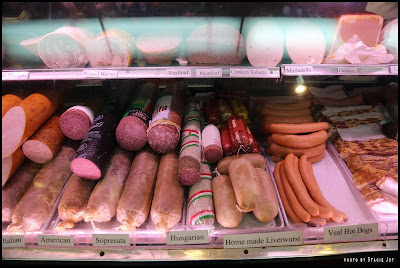 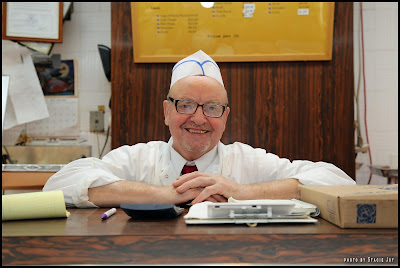 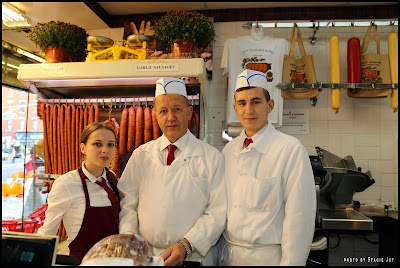 While there were lines, I did manage to nab a delicious pumpkin and farmer’s cheese pierogi from Veselka, and Rosa-Ly’s delicious traditional potato pierogi with sautéed onions. 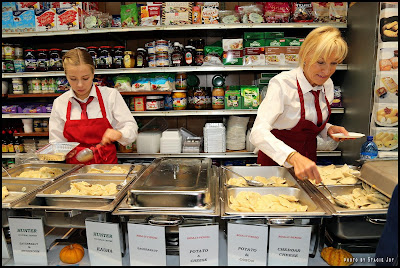 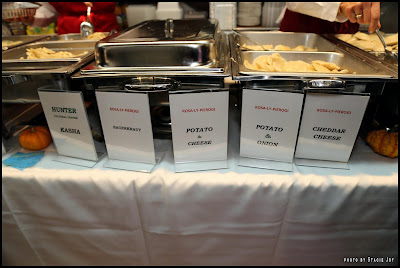 Thank you for this merry walk through this shop. I'm not a meat eater so I've never been in, but virtually now I have!

Hey, you got two?!? No fair! They were only giving out one per person by the time I got there; guess I'll need to start my own blog to get multiples.

They serve a great take out lunch, too!

This was fun and they gave out a few at a time when I was there. The goat cheese arugula one was crazy good, wish they had those for sale.

Great story about a great store, thanks Grieve.

The ham and kielbasa among other things is world-class here. If you are too chicken to step inside at least go across to Veselka and order some up.

I do eat meat and can confirm that their kielbasa is outstanding. Likewise their home made sauerkraut and fresh lard (for those of you who know that the smartest, healthiest way to eat is the way people ate 100 years ago).

WOW! My mouth was actually watering by the end the article. Thank-you!

I don't know what people see in pierogis. I've had them, I've tried to like them, but I just don't. That's true for most eastern European food. It sits inside you like a rock.

It's supposed to. It is a real person's food. You eat it because you either just worked your kishkas to a frazzle, or you will, and the food will get you through.

Great food, great manager... One of the remaining shops that make me feel that the east village has some life in it.