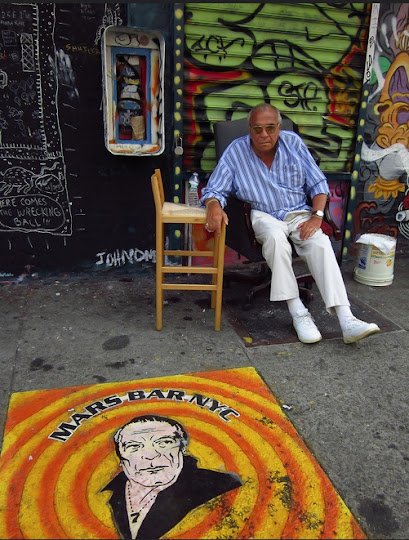 Word is circulating that Hank Penza, who owned the Mars Bar, died on Oct. 29.

There isn't much information about his passing at the moment. A member of the Facebook group "Mars Bar was a riot in the Nineties" confirmed his death with a Penza family member. He was believed to be 81 or 82.

His bar ownership began in 1957 on the Bowery Among them: Hank’s Crystal Palace, Willie’s, the Penthouse and Bowery East.

Penza opened the Mars Bar in 1982 (or 1984 depending on the source) on Second Avenue and East First Street, where it continued until its demise in July 2011.

In 2005, the Observer published a colorful feature on Penza. To some excerpts:

His father came to New York from Italy as a boy and worked on the Brooklyn Bridge before serving in World War I. He was, said Mr. Penza, a “great provider” and a “stark-raving-mad right-winger” who hated Franklin Roosevelt and the smell of perfume.

Young Hank started working early. He and his pals in Corona, Queens, would go “junking”: loading up a horse and wagon with milk bottles and stuff to sell.

Soon he was helping out at crap games, doing what were called “mopey pinches”: Whenever the bookmakers got busted, they’d pay Hank $50 to go to court, and he’d be back on the street in hours.

At 19, he got a $200-a-week job at the “21” Club. He wore a tux, took reservations and ran errands. If a man dining with his wife needed to make contact with his mistress at the Stork Club, he’d deliver the message.

He joined a crew called the 40 Thieves and started making money by “cleaning up” bars (i.e., getting rid of undesirables). Once they spent two weeks getting rid of some ruffians from a bar by sending them to another one across the street. A month later, they paid the ruffians $3 each to return to the first bar so the 40 Thieves could get the job back.

But he said he declined offers to join the Mafia.

His reputation grew. Two British guys gave him $1,500 to clean up their bar on lower Fifth Avenue, which had been overrun by pimps.

After the Mars Bar closed, rumors circulated that Penza would open a new bar nearby. Thiose plans never materialized, though he was reportedly a partner in the business that eventually opened in the Jupiter 21 building on Second Avenue and East First Street.

Back to the Observer profile…

Still, he said, even now, New York is the only place to be. “I love it,” he said. “It’s the greatest place in the fucking world. There’s no place like this, man, and I’ve been all over the world. I love this city because they make me somebody. When I go somewhere else, they don’t treat me as well as they do. Here, they treat me with elegance. In Florida, I’m a little fucking scumbag.” 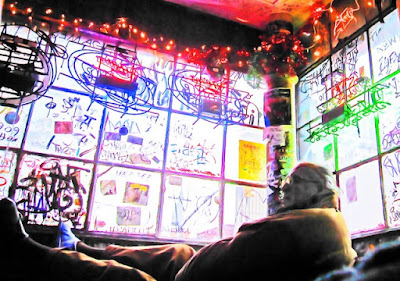 In addition to his son William, he is survived by another son, Mark; a daughter, Kim; and three grandchildren.

William and Mark Penza own Billymark’s West, a bar of the Mars Bar stripe, on Ninth Avenue at 29th Street.

Hank was one of the smartest people I've ever met. His stories were hilarious. True or not, they were out of this world. And so is he. Hank was truly one of a kind. He is the NYC I love and miss.

What is the source of the way-less-than-credible Observer's colorful obit on Hank? I suspect that the more flavorful they make the LES seem, the easier it is for the Observer's real estate pimp owner to market his over-priced jail cells without bars posing as "luxury" apartments....

RIP and thanks for Mars Bar!!!!

Best landlord I ever had, period!

That Observer story was published before Mr. Ivanka purchased the newspaper.

Hank spent many a day these last months sitting outside Think Coffee on Bowery and reminiscing. He was a true Bowery spirit, Dive Bar impresario, character of the first order. We always assumed Mars Bar would reopen. It'll be harder now. Love you, Hank

Just a little clarification: Marz opened in'84, people often thought it had been there for a century. Also, his last bar "205" was at the corner of Christie and Stanton, '94-'95 (?) in the building that he owned. It was meant, as he told me, to be his "classy bar."

I was honored when he invited me to the private opening for his "best friends," an assortment of eccentric and eclectic characters (most of whom I knew) who spoke of their shared experience on and around The Bowery in the forties thru the eighties.

Sitting around that oval, newly built bar, I knew I was witnessing important history and wished so much that I had a camera or tape recorder; but actually that would have been intrusive.

In reference to Marz, Hank would say to me "kid, this is a truck that runs on no gas."

Saw him with Ray at Think Coffee on The Bowery all the time. He had some incredible stories. There will never be another Mars Bar.

god, drunk at night and thinking back. mars bar was all/bad/good/those days. miss all. dont miss all the craziness except for when I do. xoxo