In non-blizzard-related news, Mike Bloomberg might run for president (of the United States) 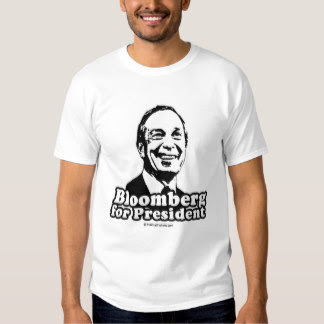 The New York Times has the story:

Mr. Bloomberg, 73, has already taken concrete steps toward a possible campaign, and has indicated to friends and allies that he would be willing to spend at least $1 billion of his fortune on it, according to people briefed on his deliberations who spoke on the condition of anonymity because they were not authorized to discuss his plans. He has set a deadline for making a final decision in early March, the latest point at which advisers believe Mr. Bloomberg could enter the race and still qualify to appear as an independent candidate on the ballot in all 50 states.

Ok, internet: Trump v. Bloomberg. Who wins and why?

Settle down there Ross Perot.

He has my vote!

"Why just rent a democracy when you can own it?"

-- Michael Bloomberg, the midget billionaire who disappeared to his beachfront Bermuda mansion during one of New York's biggest snowstorms.

Could be a snow job.

Will he change the 22nd Amendment?

Can he rezone the whole country so his pals can put up luxury condos?

Maybe he can turn the White house into condos!

Bloomberg - a little man with such a huge need to have people obey him. He really is a despot. Not satisfied with screwing up NYC, he'd now like to screw up the entire country. Wouldn't little man Bloomberg LOVE to tell ALL Americans that they can't drink soda, or that he's installing bike lanes on the interstate highways?

And hey, how much more of the country can he hand over to his billionaire developer cronies?! Soon even Peoria can have glassy "luxury" condos everywhere.

And yes, he'd likely try to get the 2-term presidency deal overturned.

Bloomberg, get lost! Go away, little man. Try Bermuda, since you seemed to always be there when you were needed in NYC. Run for mayor (or king) of Bermuda. Or, to put it more bluntly: FUCK OFF!

Would vote for him in a heartbeat

With that massively bloated ego in that tiny little body, I'm surprised that Michael the Destroyer hasn't floated away like a helium balloon thanks to all the hot air. A true gaseous nightmare.

Yeah, the 22 nd amendment would be his first target.

I vote yes. Otherwise, I will stay home this November, as all of these folks suck.