[Updated] Have you stocked up yet for a visit from Jonas? 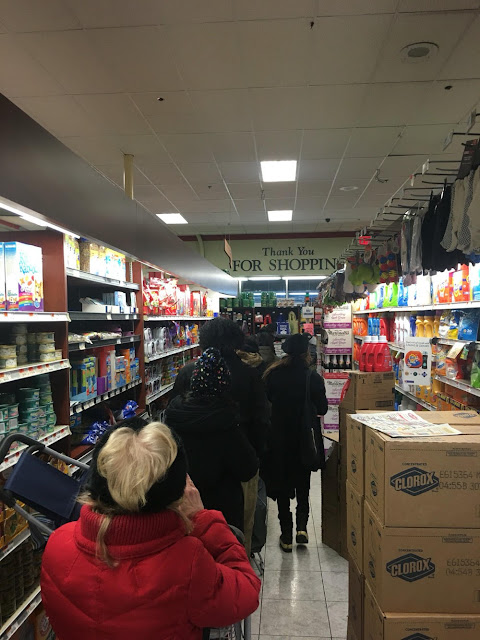 Speaking of snow... Vinny & O saw a larger-than-usual crowd at Key Food on Avenue A last evening... "it was a lot crazier at the checkouts, creating that usual no-move zone. Everyone was talking in line about Jonas." (BTW, The Weather Channel came up with the name Jonas, so it's not really official.)

We were at Key on Wednesday night for a few non-Jonas supplies, and noted a run on Corn Pops.

Sober predictions see anywhere from 6 to 18 inches of snow hitting the NYC area — under a "blizzard watch" — starting Saturday morning. This is all subject to change, of course.

We'll update throughout the day with any relevant, uh, updates at least until the power goes out.

And if you want some temporary work shoveling snow and helping grow beefy triceps at the same time, the city is hiring.

The National Weather Service has upgraded the forecast to a blizzard warning. Scary graphics to follow. And exclamation points!!!!! 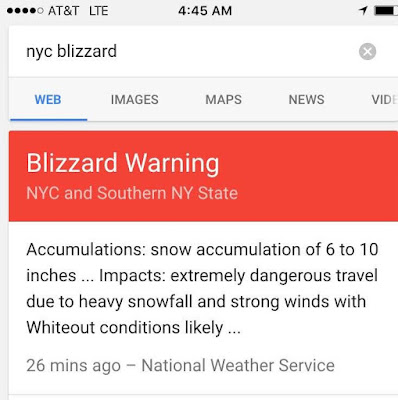 (Speaking of Whiteout, I always liked that Boss Hog record.)

And I'll be updating more often (probably!) at the @evgrieve Twitter thing.
Posted by Grieve at 4:29 AM

Fear-mongering at its worst. Even during Sandy there was plenty of food available locally. The only thing they had a shortage of were batteries. Don't feed into this silly media hype, EVG.

What: Snowball fight
When: Sunday, High Noon
Where: Tompkins Square Park
Who: Everyone
Why: Why not?

These people are fucking mental.
I hate when this happens cause I can't just get a few things at the grocery store - they're either sold out or these maniacs make me wait 30 minutes on an anxiety-inducing line.

Remember, the rule of thumb in these blizzards is buy one bottle of wine for every block your home is located in relation to Trader Joe's Wines, 2 bottles for each crosstown block. For instance, if you live on the northwest corner of Tompkins Square Park, that would be 12 bottles or a full case of wine. Get there soon since the cheap stuff will be gone in a hurry.

Good thinkin' EV WINO!!!
EV SNOWMAN: Can we meet at the East River as well?

Does anyone else want to join me for a nice, joyful, Zen-like, stress-free experience at the Union Square Trader Joe's, let’s say at around 6.00 PM today, 1/22/16?

Met Foods (or what ever it's called now) on 2nd Ave was business-as-usual last night with no lines at the checkout. I recommend going there for some sane shopping.

Maybe its because I am an extreme personality but I plan on going outside on Saturday, gettkng groceries etc. Unlike all you people I don't think its necessary to hunker down and stockpile on account of 3-6" of snowfall.

Goggla: I was there to pick up some english muffins (which eat in any weather) and I was saddened to see the bread selection was indeed sparse! Someone was panicking.

It's called winter and snow.

Ahh shit! Has anyone seen the keys to my snowmobile? They were on a white ring...

I AM NEVER GOING OUTSIDE AGAIN!

"Impacts" only happen if it's an iceball.

The only thing I get worried about, especially on the weekend, is when the booze deliveries lag. Quick, where do we stockpile booze locally?!

Geez they just suspended MTA bus service as of noon! Newscasters are using the term apocalyptic. Glad I went to Moishes for rye bread.