The NYPD says a 71-year-old woman was slashed in the face while riding a southbound 6 train as it approached Bleecker Street around 7:15 a.m., according to published reports.

The injured woman, who told police that she did not know her attacker, was taken to Bellevue Hospital with a 4-inch laceration on the left side of her face.

The NYPD described the suspect as a light-skinned black or Hispanic 18-year-old man, wearing a red sweater and black sneakers, the Daily News reported. He reportedly fled the scene on board a southbound D train leaving the Broadway-Lafayette station.

Police released a sketch of the suspect... and noted that the attack happened on a downtown D train entering the Broadway-Lafayette station... and not the 6 arriving at Bleecker as originally reported in media outlets yesterday... 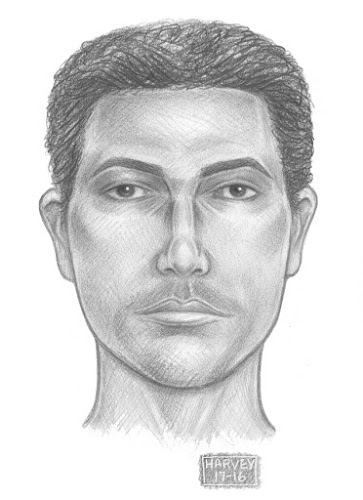 Gothamist has an update with video surveillance footage and relevant links here.

Police arrested 21-year-old Damon Knowles, of Brooklyn, in the assault.

Wow.. People getting freaky. Copycat attacks. I am so happy I moved to the country.

SELFISH Joey Blau said.."I am so happy I moved to the country."
WTF??? What about: "I feel so bad for that 71 year-old woman and her family."?

Joey Blau: Oh yeah, b/c there are only kind and sane people "in the country"?! Frankly, given your lack of empathy, you should wonder if those around you "in the country" are glad YOU moved into their area.

Now, on to more important matters: My heart goes out to the woman who was slashed - what a horrific thing to experience. This could have been any of us. I hope she will make a full recovery both physically and emotionally/psychologically. Wishing you the best, m'am.

So, people can't talk about it unless they are expressing condolences/sympathy? Or is it just something we have to blurt our first before we speak our minds.

There is nothing wrong with expressing relief at not being in an area where random slashings are becoming disturbingly frequent. If you think that's selfish, you're quite the idiot.

I lived in NYC for the past 30 years and only recently moved to CA for a work opportunity. NY has changed exponentially since the 70's and 80's, but the violent randomness of unprovoked attacks will never change. I must admit, when you live in the city and need to live in a state of constant alertness it absolutely changes you -- in my case I was horrifically short tempered when even moderately provoked or threatened -- I would go so far to say I was going a little crazy. When I first moved to CA I was shocked at the cultural difference, and at the impact this has had on my overall health. I feel sorry for anyone who thinks of themselves as trapped in the city, without options to leave, which is a lot of people. The city and these types of random acts of violence leaves a mark on everyone real or imagined. I especially feel sorry for the homeless -- I remember last winter I was constantly buying food and giving money to folks especially on 7th Ave. New Yorkers can blow it off, but living in the city is a hard life unless you are extremely well off.

I moved to the county to be closer to my meth dealer.

@1:06pm: Please let me know what part of the country I should move to where there's no crime. I'm all ears.

Meanwhile one of our city's slashers has been arrested...wait for it...32 times.

I've heard this is a gang initiation ritual--slashing strangers. Have no idea if that's true, but if it is, it's a lot different than the notion that mentally unbalanced individuals are doing these attacks.

Not that there aren't those, too. And not that the gang initiates wouldn't fall into that category in one way or another...

Someone please tell Joey Blau that Avenue C is not in "the country."

This is horrible and scary. It won't stop until kids think there is a better alternative for their lives than joining a gang... and how can we accomplish that... ?

There's a video of him on Gothamist - falling on his face after racing through a turnstile - please check it in case you recognize him. [It's probably Joey Blau hahaha]

I don't think it's that kids don't think there is a better alternative for their lives. It's most likely that they just want to join gangs. This isn't El Salvador where MS-13 actually puts a gun to your head and tells you to join.

They join because they want to be hard men or tough guys.

They arrested someone overnight. 21 years old.