PYT has closed on the Bowery after just 3 months 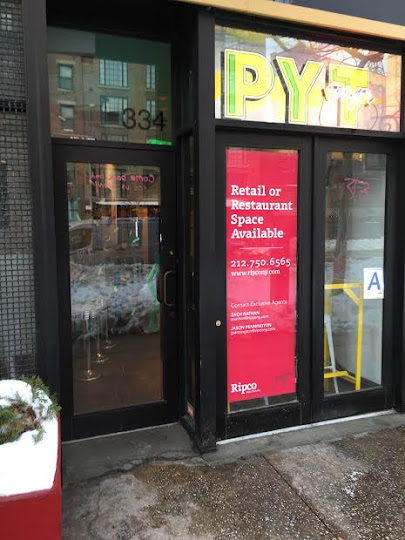 PYT — "Home of America's Craaaziest Burgers" — debuted on the Bowery last October. And despite a lot of opening publicity, PYT has closed. For rent signs now hang on the window here at 334 Bowery between Great Jones and Bond.

To date, there isn't any mention of the closure on the PYT social media properties.

This was the first NYC outpost of the Philadelphia burger place known for some pretty wacky creations. Like the Cocoa Krispies Chicken Burger. They also offered the $64 "Basquiat Burger," a misguided effort at paying homage to the neighborhood that BoweryBoogie described as an example of "utter cluelessness"

The space may officially be a doomed location. It was home to Forcella Bowery for nearly three years until November 2014 … only to be replaced in December 2014 by the tapas-friendly Espoleta, which closed six months later to make way for Gia Trattoria. They quickly closed. Then PYT arrived.

The adjacent space, the former SRO Pizza, is also for lease. 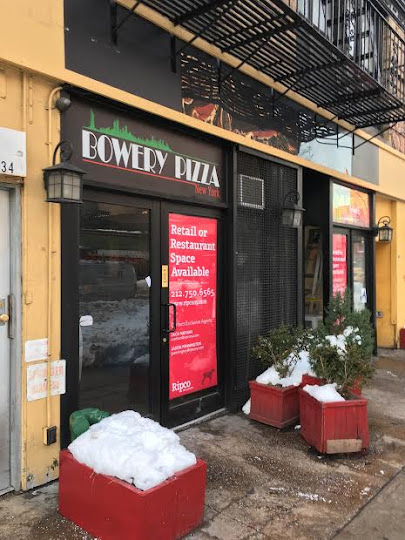 Previously on EV Grieve:
PYT bringing its offbeat burger creations to the Bowery
Posted by Grieve at 5:03 PM

Email ThisBlogThis!Share to TwitterShare to FacebookShare to Pinterest
Labels: PYT, restaurants that are now closed

Because New Yorkers really aren't as stupid as people from Philly.

Cocoa Krispie burgers, get outta here. Oh wait, I guess they already did.

Forget about Cocoa Krispie Burgers, just put a Krispie Kreme on the Bowery and watch the lines going around the block every Saturday night.

Twenty-four months of operating capital...rent, utilities, taxes, salaries, fixins, this n' that...repeat. What's the point of a build out and launch if a small business can't last more than three to six months?

Meantime, there seems to be no snow removal in front of the vacant properties!

When you sell food, even in a douche neighborhood you have to do it with an open heart or else you have no chance. Even those Empire Bizkit douches understand this to an extent. This PYT place reeked of insincerity from the start.

As a $144 burger card member, I went there once simply by luck since they're closed most days. I really thought the guys there are for real. They took all the front end profits from the cards and just ran. Now they're just common scam artists.