Several readers have told us about an early-morning fire at 100 E. Seventh St. between Avenue A and First Avenue. The official FDNY Twitter account announced the fire at 7:17 a.m., and gave the "under control" at 7:30 a.m. 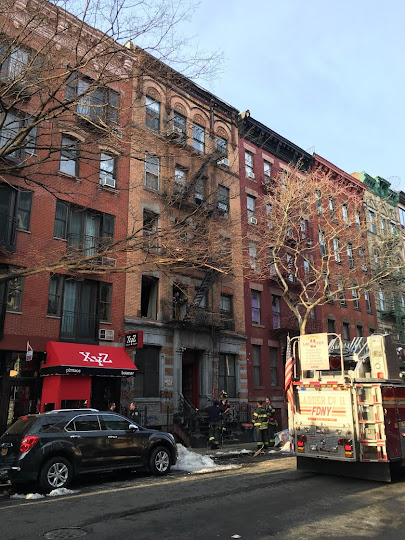 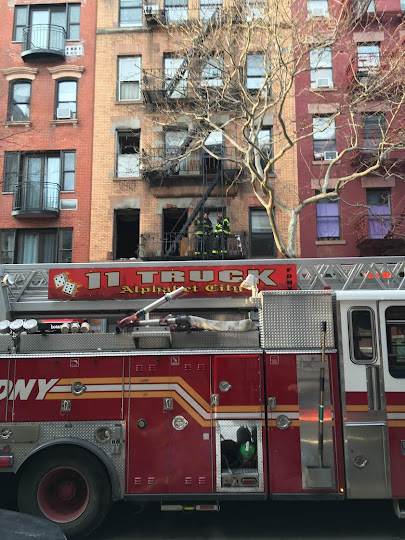 Unfortunately, we don't have any further information about the cause of the fire, which started in a second-floor apartment. A reader at the scene said that there didn't appear to be any injuries.

You can see the fire-damaged unit in the photo from later this morning... 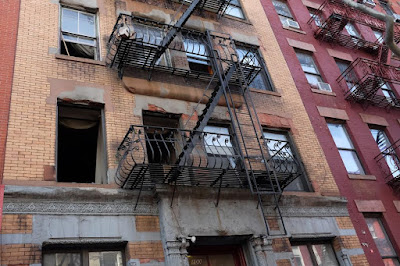 H/T Bill the Libertarian Anarchist
Posted by Grieve at 12:44 PM