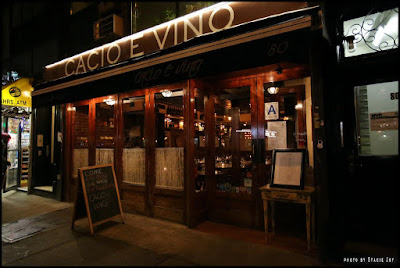 I stopped by neighborhood restaurant/wine bar Cacio e Vino, 80 Second Ave. between East Fourth Street and East Fifth Street, before service the other night. I met owner Giusto Priola and manager Christine Ehlers and checked out the newly redesigned space. 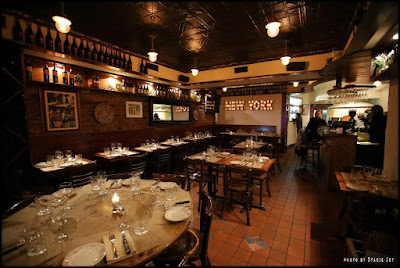 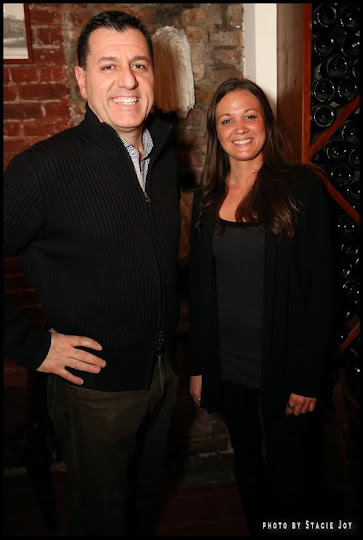 The restaurant has undergone a few changes since it opened in 2006. Originally a pizzeria, they changed the menu to focus on fresh fish and plated seafood dishes, then heeding neighborhood suggestions, reverted back to being a mainly Sicilian-style pizza restaurant. Cacio e Vino also refocused on what the locals and fans of the place wanted — a concentration on the famed Italian oak-wood-burning oven pizza (cooked at a strict temperature of 700 degrees) and regional dishes from Sicily, where the owner grew up and where his family still resides.

Regarding Ballaro, their now-former sister space across Second Avenue, Priola and Ehlert said that it wasn’t a landlord issue that made them shutter the space. In fact, their landlord extended the amount of time for payment and was lenient in terms of the rent. So what happened? It was the ever-increasing costs of payroll, purveyors, some staffing issues, and that the space “wasn’t the best fit for the neighborhood.” Ballard was within 500 feet of a church, as is Cacio e Vino, and therefore not eligible for a full liquor license. They were able to sell beer and wine, but the people who frequented the space in the evening hours wanted liquor and spirits.

Ehlers also mentioned the students who flock to the area for the nightlife. She told of a recent visit in which 12 students wanted to split their bill onto 12 separate credit cards, which prompted a change to the language on the menu regarding the check.

Back at Cacio e Vino, where old timers from Little Italy still come for supper, including a 102-year-old regular who demands dishes in the Palermo style of her youth, they source ingredients from Italy as much as possible, and offer house favorites like the spinach arancina rice balls ($8), the pizze quattro formaggi ($16), and the anelletti alla Palermitana ($15), which is baked under a dough dome and offers an amazing presentation. 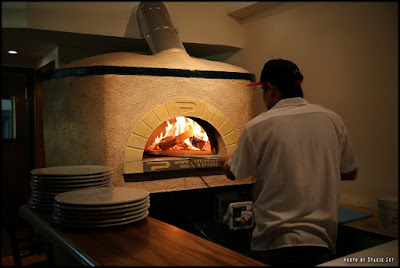 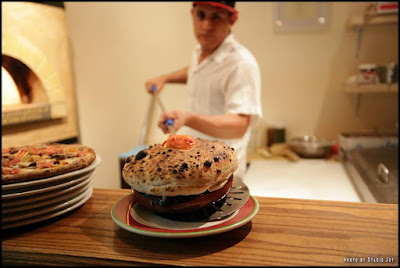 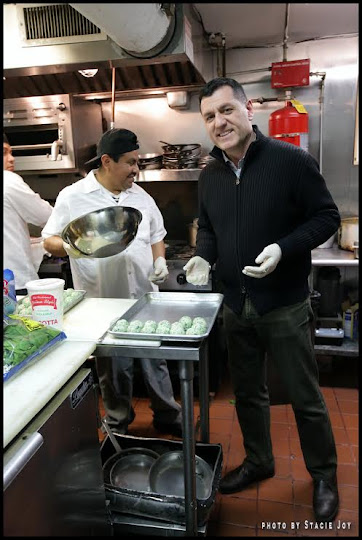 The restaurant/wine bar offers delivery and catering. You can also visit their original neighboring spot, Cacio e Pepe, at 182 Second Ave. between East 11th Street and East 12th Street, which has a full liquor license and traditional Roman cuisine.

When I asked Giusto, an East Village resident, what he wanted to tell people about the space, he said, “Just come and eat!” 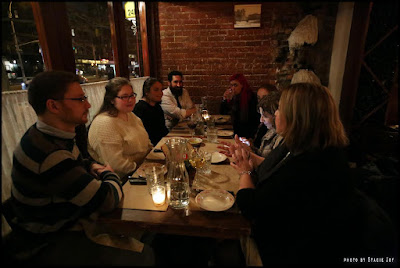 Nice feature. I've always been curious about this place. I'll definitely give it a try now!

I wonder if they are going to lose/close their other location @ 182 2nd since the building was old to a developer?

We've been going since they opened, bringing friends and family, who all enjoy it. I'm glad they're back to the pizza.

I just tried this place with my girlfriend last week. The server was an asshole. An hour after we ordered I asked when I could expect our food, his response was "You need to be somewhere?"

Great place! one of the best Italian in the neighborhood!

The food at Cacio e Vino is simply top notch.