You can't park at the former Mobil station any longer 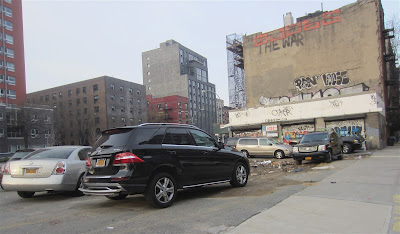 As we noted back in the December, people were using the former Mobil station on East Houston and Avenue C as a parking lot.

No more though! As of last Thursday, workers erected a (rather flimsy TBH) fence around the property... and posted a "private property" sign... 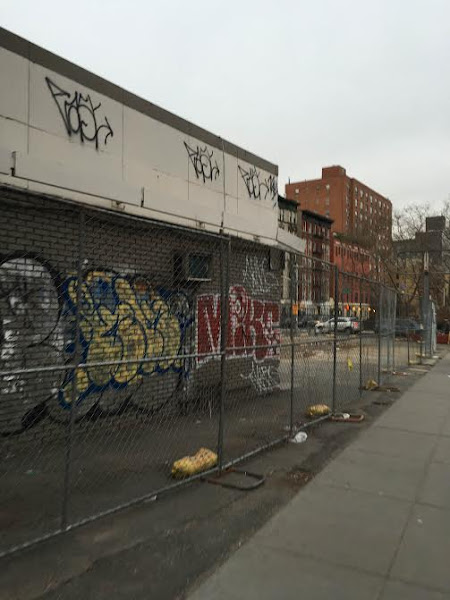 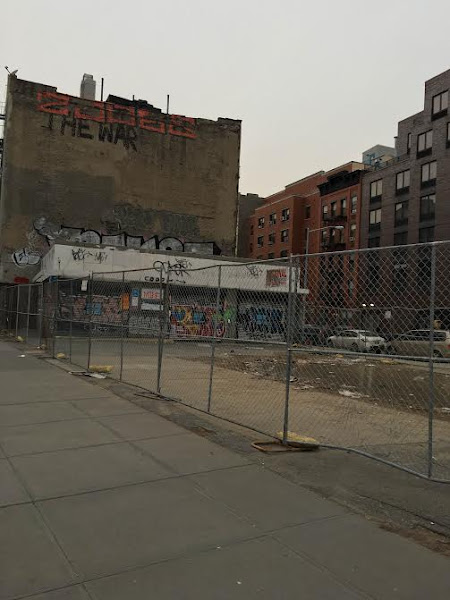 The station closed in September 2014, and there are plans in the works for a 9 (or 10!) story retail-residential building here. However, the project appears to be in limbo. Nothing recent has happened with the application, which the DOB rejected in April 2014 for incomplete drawings, per city records. And there haven't been any demolition permits filed yet either to remove the structure left on the property.

A look inside the last East Village gas station
Posted by Grieve at 4:20 AM

Its all about liability. If someone got hurt on the property, they could sue the owners.

Sorry but you don't get to park your crappy car on the spot where I am about to erect my colossal nine-story story retail-residential dream custom luxury ziggurat.