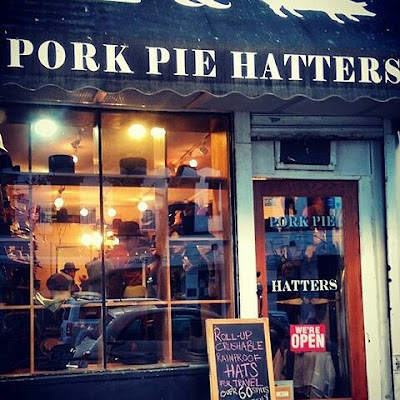 After nearly five years on East Ninth Street between Avenue A and First Avenue, Pork Pie Hatters is packing it in. (They announced it on Facebook on Saturday. No reason given for the closure.)

The shop was an outpost of JJ Hat Center on Fifth Avenue, which has been around since 1911. The flagship store isn't going anywhere.

Another nice store gone in the neighborhood. So sad this morning.

I had no idea they were associated with JJ Hat Center. I've bought a few hats from them (JJ) over the years.

This place was expensive as all getup.

There's a really old hat shop on Bleecker Street which buries this place - patronize that if you need your hat fix.