As previously noted (here and here), I'll be hosting some shows on East Village Radio.

The book is also the subject of an exhibition at Howl Happening!, 6 E. First St. between Second Avenue and the Bowery, through March 2. 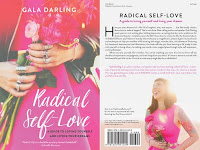 Later in the program, writer-blogger-teacher Gala Darling will be joining me.

And throughout the program, we'll be playing a few songs via the subjects in Resnick's book (i.e., the New York Dolls, Brian Eno, Richard Hell, James Chance and the Contortions, etc.)

The show will be rebroadcast tomorrow (Saturday the 20th!) from noon-2 p.m. ET

So, exactly how will this mutual radical (ahem) self-love be portrayed?
This could be the start of a good round of obscenity charges.....freedom of speech rallies.....protests in the park....kinda get things COOKin' again in the LES.

Still waiting to hear a song from the ambassador of NYC requested last time. If not granted, expect a chalky message on the sidewalk in front of EVR. Would also like to dedicated the song to the EV Flock-ers -- those who come into town for a night out, esp. the 12 students who want to split their bill into 12 separate credit cards...

Do you remember the beginning of the movie Contact? The camera was zooming out from the Earth, and along the way were the waves of radio broadcasts from earlier and earlier times, until they stopped. Your radio program sounds like one of those.

P.S. Love the book and the show.