So long giant underwater photo of a jellyfish and model 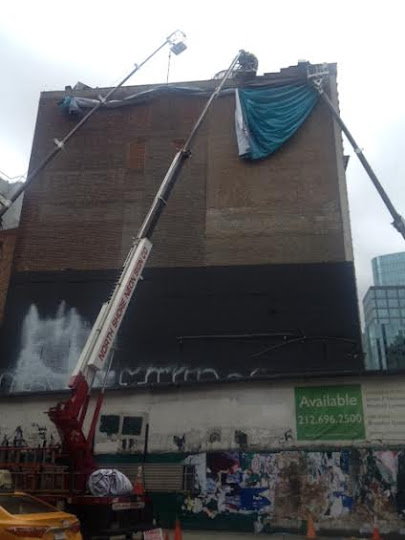 EVG reader Ronnie noted the arrival yesterday of a new banner/billboard/whateveryoucallthis at the long-empty corner space on Fourth Avenue and East 10th Street... 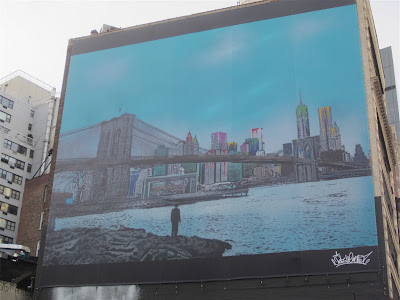 Anyone know what this is promoting?

It replaces the one with model-photographer Amber Arbucci and the jellyfish that had been up here since May 2014... 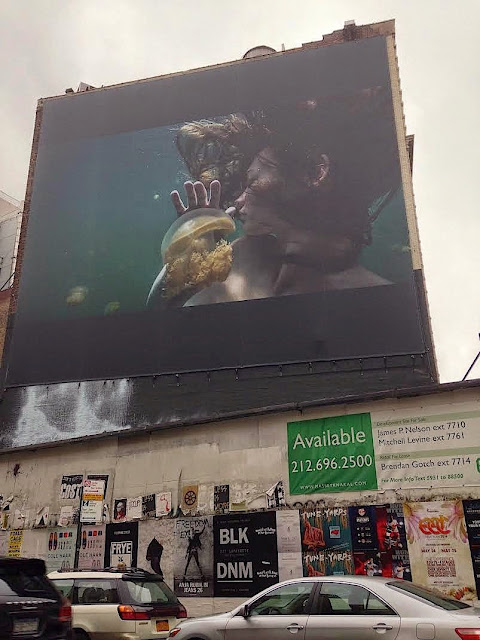 Soon, this corner will no longer be able to house giant photos of jellyfish and models and whatever else with the 10-story condoplex in the works.

Thanks to commenter James S. ... this is a painting by Nick Walker titled "The Brooklyn Morning After."

Previously on EV Grieve:
Report: Demo permits filed to raze southeast corner of 4th Avenue and 10th Street
Posted by Grieve at 10:22 AM

It's a real estate ad, they're selling Manhattan island to the highest bidder.

At least these are so much better than outdoor advertising.

It's promoting being priced out of the city.

It's a painting by Nick Walker. He has posted this Brooklyn based picture on Social Media https://www.instagram.com/p/BCOjzTFFbzf/?taken-by=nickwalker_art

He has done work in Chelsea, and third avenue.

Thanks Billboard4org for bringing a pointless painting to our community.

Billboard 4 Org was also involved with the jellyfish painting and other artwork around the city.

Is that Walgreens Island?

Duh, of course it represents Brooklyn the morning after, woman + [g]jel, or jellyfish=sponge, hello.