See you on East 7th Street 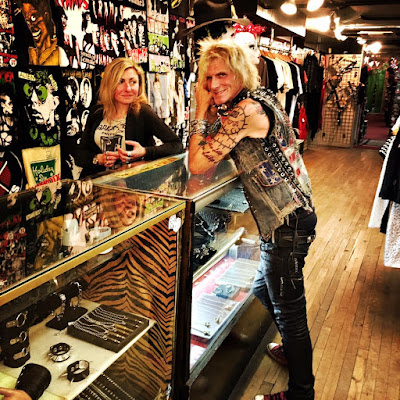 [Photo from September by Fenton Lawless]

As you probably know, Trash and Vaudeville closed yesterday after 41 years at 4 St. Mark's Place ... to start packing up to move to a new space at 96 E. Seventh St. between Avenue A and First Avenue. 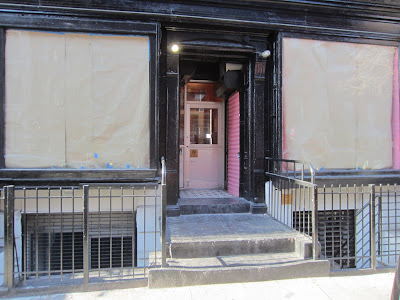 And this photo on East Seventh Street from last July by @chardog1 provided a sneak preview of what's to come... 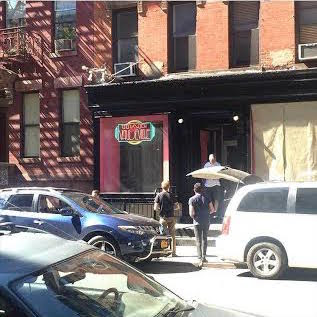 An article published Friday on the Vogue website had a few details on the new store:

As on St. Marks, both Trash and Vaudeville will continue to exist on two levels. At the Seventh Street digs, they’ll be connected via an internal staircase, and those in the market for towering T.U.K. platform creepers can take comfort in the fact that the storied shoe department will still be housed on the lower level.

And here's an excerpt from our conversation with store owner Ray Goodman from July:

In a piece on the closing today, The New York Times noted that the rent had risen to $45,000. (That will require a lot of sales of water pipes, ramen or bubble tea...items that a likely new tenant might sell.)

In the past few days, several people on social media said that they'd miss the site of longtime store manager Jimmy Webb on a smoking break outside the shop... 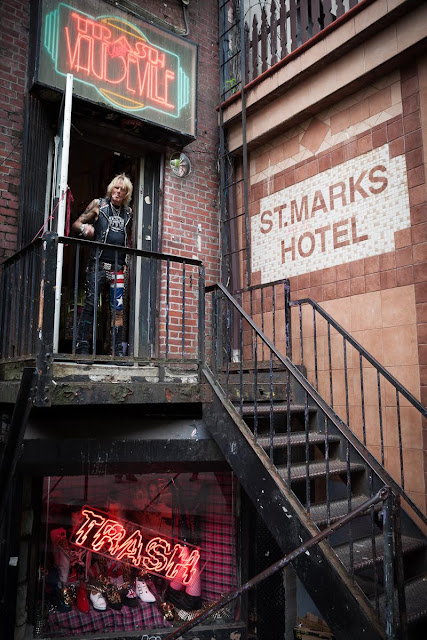 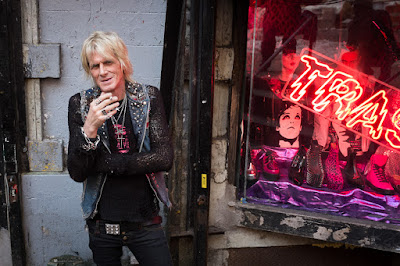 In closing, a passage from that Vogue piece by Kristin Anderson:

While passersby may not ever again know the pleasure of seeing the store’s most famous employee, Jimmy Webb, lounging on those steps ... he’ll continue his reign when Goodman and co. open their doors in the new space ...

The new location is expected to be open some time in March.

Previously on EV Grieve:
Exclusive: After 40 years, punk rock mainstay Trash and Vaudeville is leaving St. Mark's Place
Posted by Grieve at 4:30 AM

That's a smart move. St Marks Place has been an embarrassment for a long time.

The storefront looks great in that 'yesterday' photo!.

T&V was the last stronghold of the kind of counter-culture that flourished on St Marks for decades. I think the move was a wise choice. Bongs and fast food maybe that last cheap retail before this famous street becomes like far west Bleeker filled with Donna Karan, Ralph Laurent and Marc Jacobs boutiques.

Great clothing store and was a great place to browse, But never bought any clothes there as it was way too expensive i always thought.

He's our boy! All the best.

That first photo by Fenton Lawless is really great -- the framing, the light and the subjects' expressions!

My mother took me and my sister to Trash and Vaudeville before I was even a teenager. Since it was always just a part of my life I never questioned the name. Where does it come from?

Am glad they are staying in the neighborhood... not disappearing!

that reminds me, I need some new Doc's!!!

What's left on that block from the pre-douche eras? Grassroots and Search and Destroy is all I can think of. How long will they hold out?