More about the underage drinking bust at Dahlia's; plus, reaction from NYU students 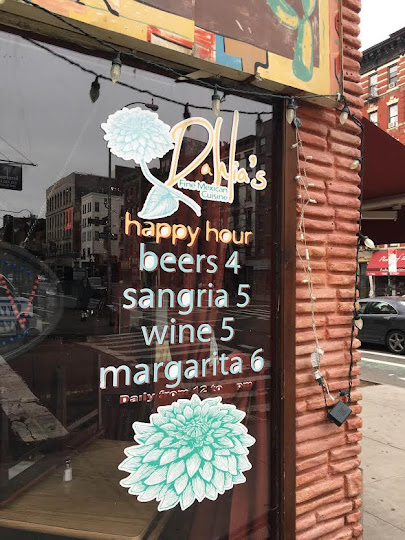 As noted the other day... The State Liquor Authority (SLA) has temporarily yanked the liquor license from Dahlia's on Second Avenue and East Fifth Street after the NYPD found a lot teens drinking inside the Mexican restaurant on Jan. 30, the Post reported.

The SLA has posted its media advisory about the incident... and the reported number of underage drinkers actually numbered 50, and not 43 as the Post noted.

Per the SLA statement (PDF):

The New York State Liquor Authority (SLA) suspended the license of Vargomez Corporation, doing business as “Mary Ann’s” at 300 East 5th Street in Manhattan. The suspension was ordered by Members of the SLA, Chairman Vincent Bradley and Commissioner Kevin Kim at a regular meeting of the Full Board on Tuesday February 16, 2016. Effective immediately, no alcohol can be served or consumed on the premises.

On January 30, 2016, New York City Police Department (NYPD) officers from the 9th Precinct responded to a 911 call reporting underage drinking at the bar. Upon arrival, NYPD officers found the doors of the bar locked and observed numerous patrons appearing to be under twenty-one years of age drinking at the over-crowded bar. After gaining entry to the premises, NYPD officers documented sales to fifty underage patrons, forty-two of which were 18 and younger, including five 16 year olds and one 15 year old teenager.

On February 12, 2016, the SLA charged Mary Ann’s bar with 55 violations, including 50 separate sales to minors, failure to supervise, and code violations for exceeding maximum capacity and having locked doors. The licensee, present at the time of the incident, was also arrested.

The SLA’s decision to summarily suspend a license is not a final determination on the merits of the case. The licensee is entitled to an expedited hearing before an administrative law judge. An order of summary suspension remains in effect until such time as it is modified by the SLA or a reviewing Court.

An excerpt from the students interviewed:

“Honestly I’m surprised they weren’t shut down sooner. The restaurant is right next to the police department so it really wasn’t smart for them to have such a lax ID policy. I only went there twice because it’s one thing to see underage college students sipping on overpriced mojitos but most of the people there looked like high school freshmen. It was really disturbing.” — Mairead McConnell, freshman

“I think that it’s sad but like I guess it had to be done if people didn’t show up making a scene when they left then maybe it would’ve stayed under the radar for longer. The first couple weeks everyone went and drank there. It was a cool spot before the lines went out the door and were two hours long. But it wasn’t my number one spot.” — Thomas Fortune, freshman

“I was definitely sad to hear about Dahlia’s, but when I read the news article with my roommate we couldn’t help but laugh because we were not surprised in the slightest. I feel badly for the employees who were arrested because there are countless other bars and restaurants who serve minors nightly, but in all honesty Dahlia’s was infamously known by NYU freshmen and local high-schoolers for not [asking for ID], so I figured it was only some time until they got caught.” — Taber Brown, sophomore

Dahlia's remains open for food service. They are not allowed to serve alcohol for now.

Previously on EV Grieve:
Slowly but surely the exterior of the former Mary Ann's is becoming Dahlia's

Report: Dahlia's busted after cops find 43 minors drinking inside locked restaurant
Posted by Grieve at 4:14 AM

So why are they allowed to still post their signs advertising alcohol?

Perhaps there will be more "raids" like this one in the near future. As some of these patrons have claimed this is just one of many bars (restaurants) that sell booze to minors. With the glut of bars and bar restaurants the time may be near when owner are feeling the competition and will serve anyone with $15 for a mixologist cocktail, which hopefully will become their undoing.

dahlia's is the tip of the ice burg. there are so many places that openly serve under age folks - there certainly are enough dorms to provide the bars with plenty of customers.
the problem is not necessarily the age of these kids, it's how they act-out and disrespect everyone. entitled brats with few brains.
and of course the police know what's going on down here.

Lesson: CARD at the door and let the teenie boppers drink in basements up in Scarsdale, like the good old days?

It's pretty obvious now that none of the cops in the 9th Precinct ever went to NYU. Anyway, who hasn't ever locked their doors to serve bottomless margaritas and tequila shots to dozens of wild teenagers from Westchester?

Ah, I remember being under age. Word got out so quick which places didn't card. Bad luck for all concerned cause after all... Isn't 21 to high as a drinking age?

The East Village is known for lax attitudes on drinking. If you want law enforcement, move back to Ohio.

And we think we're safe. And parents think their kids are safe. The police knew about it. So why didn't they do anything? Simple. If you don't respond to the problem it doesn't exist. That's how Bratton/DeBlasio keep crime stats down. Ignore the problem until it becomes embarrassing. What a world.

Lt. Ferguson and others from the NYPD task forces, including MARCH and the Cabaret squad, need to step it up. This is appalling.

when i was underage we just drank in washington sq park

My heart sinks thinking about my once-cool neighborhood overrun by all these corny ass drunken entitled pizza-face boys and girls, running around all spazzed out, free and unchecked.

Anyway, who hasn't ever locked their doors to serve bottomless margaritas and tequila shots to dozens of wild teenagers from Westchester?

I take it that's just a rhetorical question?

When I was underage, 18 was the drinking age. So in high school we could go to FitzWilly's in New Haven and drink frozen strawberry daiquiris; none of us died.

I have been going to this restaurant since it opened decades ago and it was called Maryann's. It was part of a mini chain with another outpost in Chelsea. It has always had a great atmosphere and great food. If I crave Tex-Mex fare, and great frozen Margaritas this is my go to place locally. This isn't often but I admit I occasionally have the crave for this type of food an atmosphere.

Honestly, leave these people alone. There have always been underage drinkers at Tex/Mex Margarita joints. So what? Give them a fine and let them get back to business.

Unless of course, there is some sinister real estate interest behind this bust who is trying to get them out. The feature in the NY Post seems likely this is the case, with big time real estate PR people feeding stories to the press And the corrupt CB 3 ready to do their bidding....

NYPosr broke the news?, expect then an NYPD tower to be erected on the opposite sidewalk across Dahlia's.

What NYU should do but will probably never do is open an NYU students only bar where students can have no more than a drink a day or a drink three days in a row (non-alcoholic beverages can be provided, too.) You register to be able to go to the bar with mandatory no exceptions permission from your parents if you're under 21 (you can join without parents' permission if you turn 21 midsemester.) Once approved, you order a drink with valid NYU ID, that's it. Anyone who acts up is ejected and banned for the rest of the school year for the first infraction, life for the second. Serve draft beers in red Solo cups a la frat parties to prevent people from throwing glass or plastic mugs, cans, and bottles. No shots, pitchers, or kegs. Beer, wine, and some liquors but no vodka or other high proof stuff.

Underage kids will always want to get their drink on, so I say NYU should provide them a safe regulated place to do that.

Anonymous said... The East Village is known for lax attitudes on drinking. If you want law enforcement, move back to Ohio. February 24, 2016 at 10:40 AM
and
Anonymous said... I have been going to this restaurant since it opened decades ago and it was called Maryann's... always had a great atmosphere and great food... leave these people alone. There have always been underage drinkers at Tex/Mex Margarita joints. So what? Give them a fine and let them get back to business. February 24, 2016 at 8:40 PM

10:40am: "move to ohio"? it is people like you that have helped create the nightmare our rapidly disappearing neighborhood has become. we are to move from our homes so you and the hoards of brainless underage kids can have fun here? you should all move to ohio!

and 8:40: Maryann's was always loud and the food awful (if you could call it food). underage drinking is not limited to tex/mex joints, it is limited to places that serve alcohol.
when us old timers drank at 18 and under we were not the self centered, thoughtless, crude, loud, brainless youth of today that take pride in showing how badly they can behave. we did not roam the streets in packs or have cars radios that could provide the sound system for madison square garden.

ohio (what have i got against ohio?) is waiting for you folks.