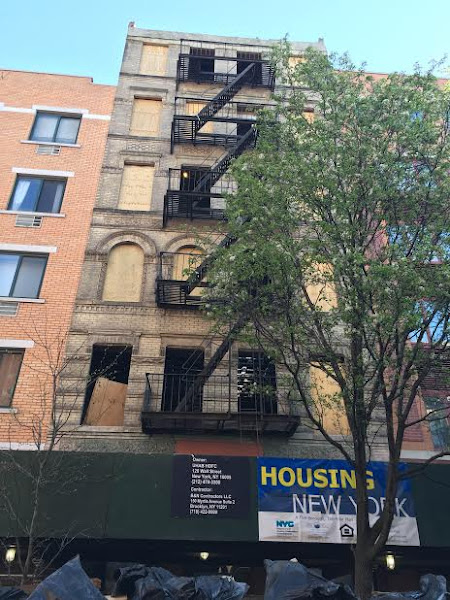 Gut renovations are ongoing at the now-vacant 377 E. 10th St., a former squat between Avenue B and Avenue C. 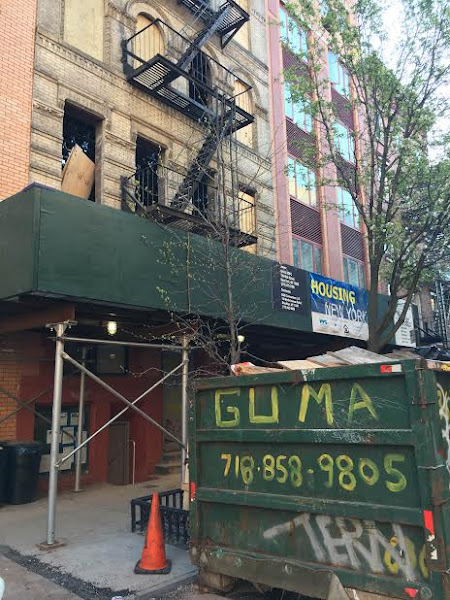 This address is one of the buildings that the city sold to tenants for a $1 via a deal brokered by the Urban Homesteading Assistance Board (UHAB) in 2002. Under the terms of the deal, the tenants were to bring the buildings up to code.

Let's go to The Villager for more details on the renovations of the two buildings:

According to the city, the renovations will last two years, after which the former squatters will be allowed to return and buy their units at a low, insider’s price.

Meanwhile, a private developer, BFC Partners, led by principal Donald Capoccia, will rehab the two buildings as affordable housing, in return for which BFC will get development rights in the form of an “inclusionary housing” bonus — or F.A.R. (floor area ratio) — usable to build market-rate housing elsewhere nearby.

The city is temporarily offering the former squatters units in Stuyvesant Town, for which they would pay a discounted rent — not to exceed 30 percent of 30 percent of area median income. The developer will cover the balance of the rent.

As for the gut renovation, a resident who lives next door describes it as a living hell.

Here's part of an email from the resident, who has also witnessed the workers urinating on the sidewalk:

I could go on for hours, because I've already reported these assholes to 311 numerous times to no avail. They have disturbed us on not only Saturdays, but FRIGGING Sundays! They need to stop. The building looks worse than it did before.

And here are some photos... 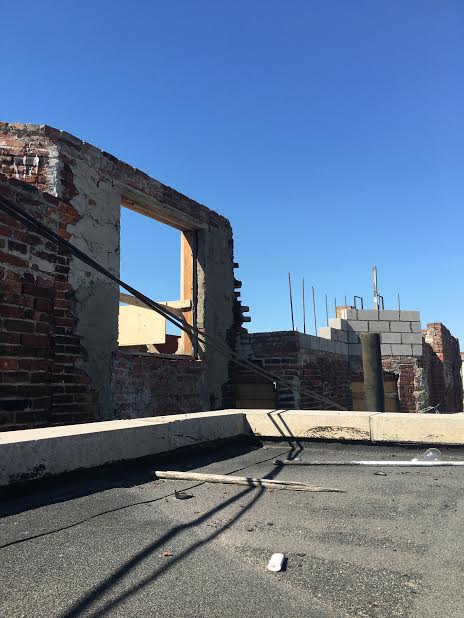 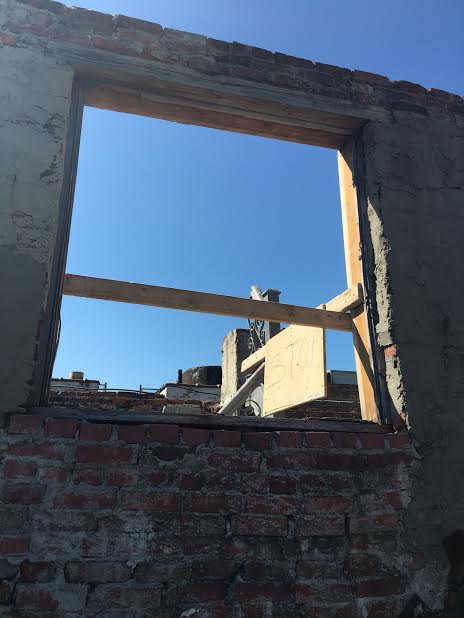 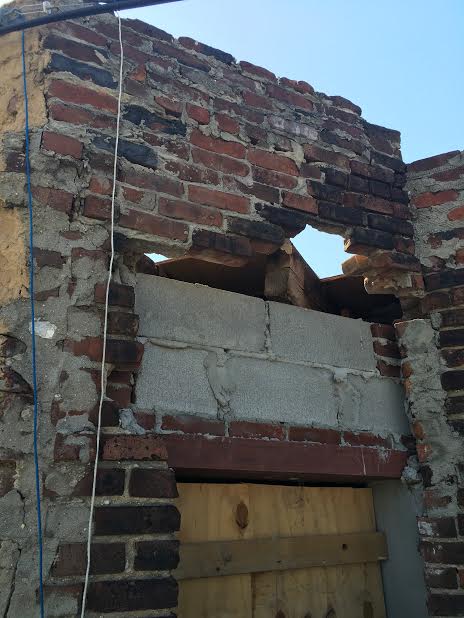 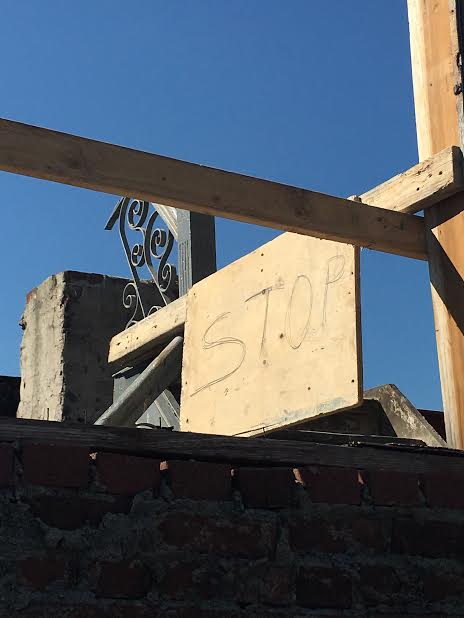 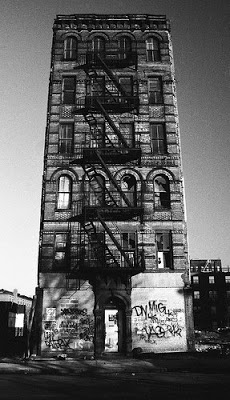 I live near the 13th street building and yes for months everyday at 7am a lot of noise mostly from electric saws cutting through who knows what. Lately the worked has slowed perhaps workers are at the other site these past couple of weeks?

The cement holding those old bricks look real solid - not!

Yup. Looks completely legit and totally safe. Nothing suspect there.

The city allows work to start at 7 a.m. (unless the city has granted a waiver). If you go to 311 to file a noise complaint, you'll see the info.

What a fucking joke that these people can buy this building for a dollar!

Make it into affordable housing for anyone not just a lucky few who only got it cuz they lived in it illegally.

Knock down this heap of shit, put up a ten story building with ten units each, and make it available to neighborhood people who want to avoid losing their places to landlords like Soledano, Shaoul etc.

Sorry I disagree with you anti-squatters comments. These people lived in these buildings when the original landlord abandoned them, and the city wanted nothing to do with it even though it owned them. By the way not many people wanted to live in the alphabet late 70s-80's. At the very least the squatters kept the building from falling down yet obviously never had enough money to do the big stuff. I'm glad these long time neighbors get to purchase these apartments for cheap and will not be forced to move like so many people I know.

There's no end to this - just like there's no end to greed and to NYC "leaders" who essentially look the other way while developers do what developers do. IF (note that I said "IF") NYC were really serious about keeping housing affordable to those of us who work for a living and earn ordinary paychecks, then that would happen. The fact that it doesn't happen tells me everything I need to know about how the priorities of NYC "governance".

I live across the street - can confirm, it's hell.

The worst part is the industrial dumpster out front that gets replaced at 6am twice a week. It is a 25 minute procedure to take a 4 ton metal object onto the back of a truck and then to drop off another 4 ton dumpster off on the street. Do you know what 4 tons of metal sounds like when dropped? Combine that with the truck beeping/backing noise. Loud is an understatement.

That experience has only been exacerbated by the gas line repair that has dug up the street. Buildings shake when trucks go by since the street is bifurcated by the repairs to the Sandy damaged gas lines. Torture.