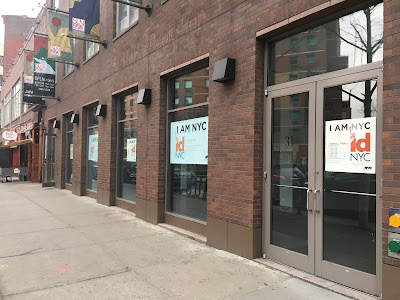 31 Third Ave. at Stuyvesant Street has been empty ever since St. Mark's Bookshop moved out in June 2014. There have been a few art shows here, which makes sense given that Cooper Union owns the building.

Starting tomorrow, though, the space will be an IDNYC center through April 13... 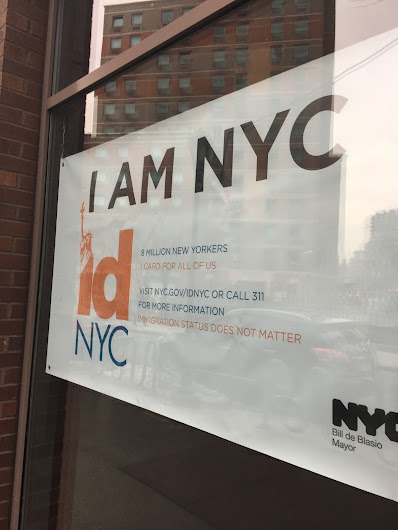 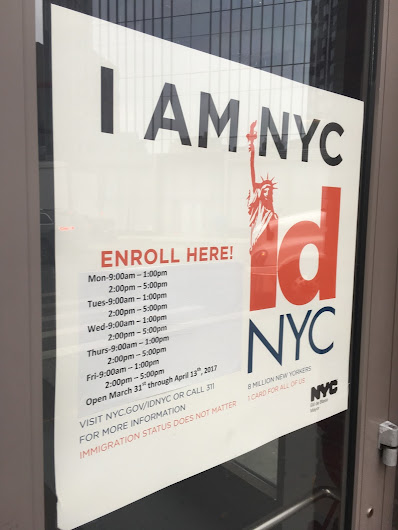 Here's more about the program:

New York City residents are now able to sign up for IDNYC – a government-issued identification card that is available to all City residents age 14 and older. Immigration status does not matter. Mayor Bill de Blasio announced this initiative in his State of the City address in January 2014 and less than one year later proudly launched the largest municipal identification card program in the nation.

Find more details on how to sign up here.

Yea well tell that to the many institutions that refuse to accept these I'D NYC ?

The state already offers drivers licenses and non-drivers IDs. So what point do these IDs serve? Especially if no one accepts them?

Got one of these when they were first offered thinking I'd be able to utilize it for cultural purposes. Haven't used it once, thanks to the onerous machinations you had to go through - at least back then, maybe not any more - to activate the card individually at each location you wanted to use it at. And then it turned out a lot of places would only accept it for the first year. Why can't they just offer a card, you go someplace, show it, and get to go in, without all the other attendant nonsense? Waste of money that could have been better spent on something important, like more Link kiosks.

It's not much, but whatever.

GOJIRA, IT HAPPENED: I agree with you!!! And the angels sang.

(don't worry honey, I know you don't care whether people agree with you. It's just interesting to me.)

Hey, hon, I don't mind when people agree with me, it's a nice change!

same with other venues that have multiple sites

many pkaces did not accept it as id

ID collection purposes - don't get it.

I offer writing workshops in various city schools, and it's very useful as an ID as well as conferring street cred. I hear it also doubles as a library card, but I had my library card long before the IDNYC program.

Is having a storefront space EMPTY for three years better than having worked out a deal whereby St. Marx Books could have REMAINED in business??