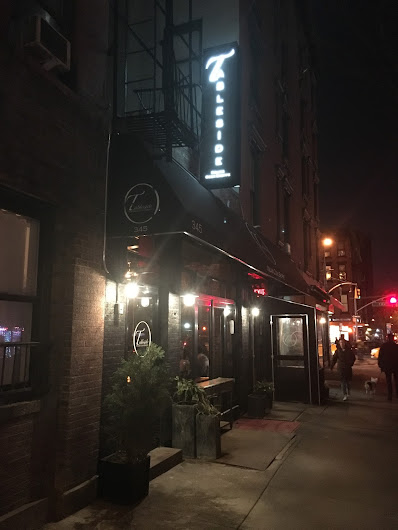 The Italian restaurant had its grand opening last evening at 345 E. Sixth St. between First Avenue and Second Avenue... 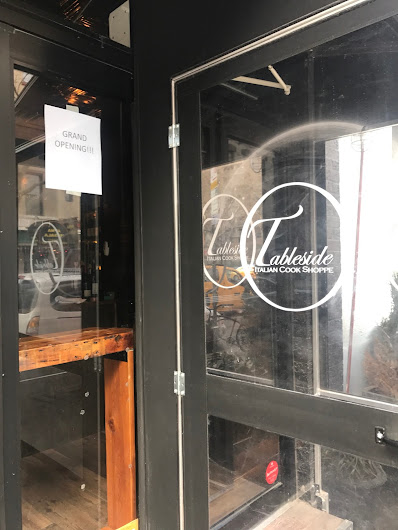 Until earlier this month, the space was Edward and Neal's Fish Bar. Owner Shane Cover, who runs Upstate around the corner on First Avenue, told us:

"I needed to switch it up. I was never able to be there as much as I should. Running fresh fish places took all of my time. Also I thought the prices were too high. I have not raised Upstate's prices since we opened [in 2011]. So Edwin and Neal's had to compete with a fish place right around the corner with better price points."

Tableside is open 5-11 p.m. Monday-Thursday; to midnight on Friday-Saturday; and 10 p.m. on Sunday.

Wow, that menu is over the top in its awful preciousness. And it doesn't give prices, which is just obnoxious. As a fan of both Upstate and Edwin and Neal's (which I truly miss), I'd like this place to succeed, but it doesn't sound like it's even remotely similar to those places.

Hello just wanted to let you know the prices are up on the menu as of about a month ago. Hope that helps.