Ghost signage and (eventually) gelato at 9th Street and Avenue A 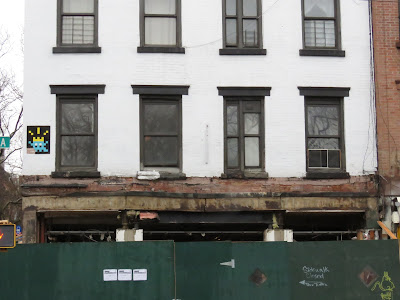 Workers have been gutting the former Cafe Pick Me Up space at 145 Avenue A at Ninth Street... multiple readers have noted that some ghost signage has been exposed from a previous business — Wholesale Wine & Liquor Merchant... EVG Ghost Signage Correspondent Steven took these photos... 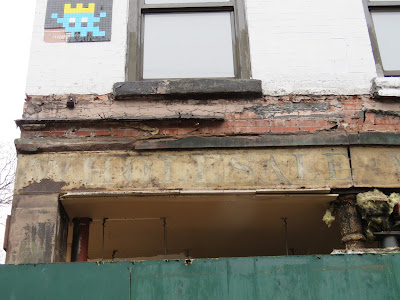 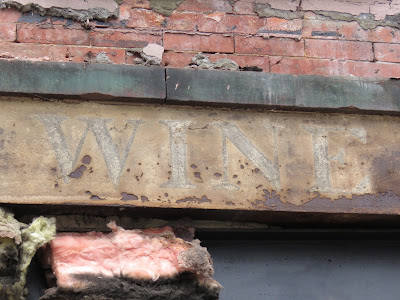 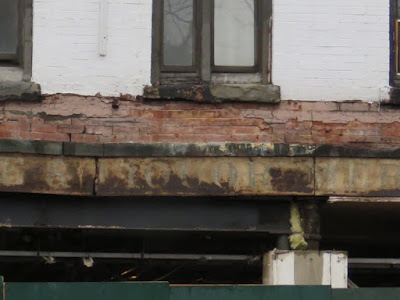 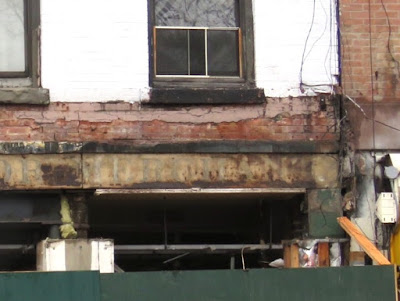 Anyway! As for the new tenant, word from a worker here is a gelato shop.

Cafe Pick Me Up moved out in May 2015 after 20 years in business. They were housed at 145 and 147 Avenue A, and had two different landlords — Icon on the left, Steve Croman on the right.

Café manager Rossella Palazzo told DNAinfo in March 2015 that a rent hike from No. 145 landlord Icon Realty was the reason for the closure. (Icon listed the storefrontat $15,000 a month for the space, which includes 600 square feet on the ground floor and 724 square feet in the basement.)

[Updated] Cafe Pick Me Up expected to close for good after May 31
Posted by Grieve at 4:15 AM

Email ThisBlogThis!Share to TwitterShare to FacebookShare to Pinterest
Labels: 145 Avenue A, Cafe Pick Me Up, ghost signage

How much gelato will this place need to sell to be able to cover that kind of rent, given that utilities, wages, insurance, etc., haven't even been factored in yet? My guess is, it won't be enough.

Great, more puppy-dogs and ice cream for the infants who have invaded this neighborhood in droves.

I had been told by at least one person that that building had been a "wine factory" many years ago; from that I had surmised it was possibly a Prohibition-era rumor, and that maybe there was a wine cellar in the building.

Always great to see ghost signage around the neighborhood, in any case.

Unfortunately the person or people that invested in this new business will lose it all when the reality of opening up yet another seasonal business in a low traffic street kicks in. Once again a greedy landlord will prevail, reset the storefront trap and wait for the next optimistic victim.

won't make it though next winter.

to have been blessed with the combination of these two landlords
Icon on the left, Steve Croman on the right
certainly a message of doom

Welcome to "Cafe Lick Me Up."

Icon to left of me, Croman to right, here I am eating gelato with you.

I think most people definitively prefer ice cream over gelato. I think gelato's moment has kind of passed in this country. I'm not wishing bad luck, only good. Just making an ignorant gelato observation.

Enough with the gelato already - it's too cold for it anyway.

How about some info on the ghost signage??? Who was this "Wholesale Wine & Liquor Merchant"?

At least it's not a bar! Good luck to the new shop but Icon will find a way to screw you too.