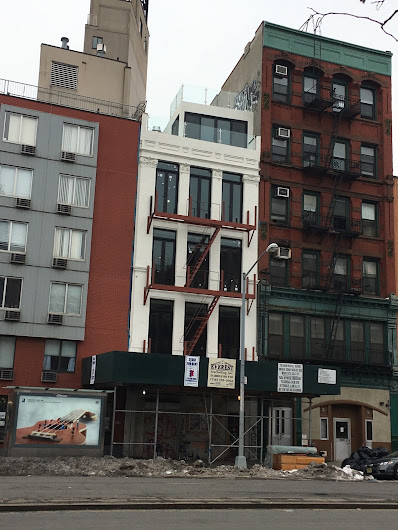 The condo conversion of the former Amato Opera House at 319 Bowery creeps along (the work permits arrived here in October 2014) ... 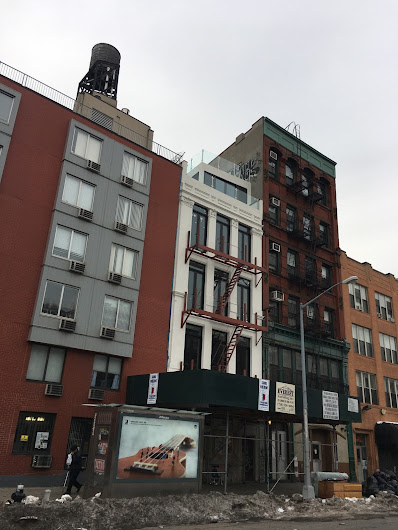 The gut rehab comes courtesy of landlord Steven Croman, who's facing suits in both civil and criminal court. While there isn't any word on the residential portion of the building just yet, the signs did arrive last week for the storefront... 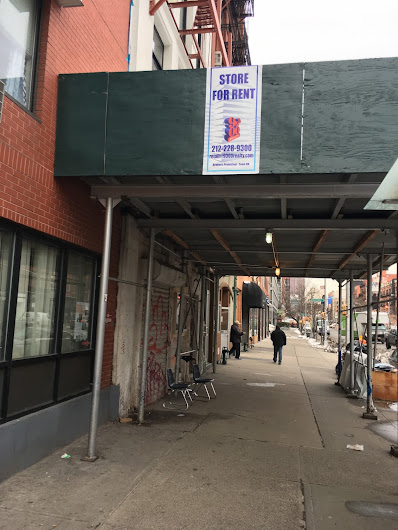 Conveniently located near B, D, F, M & 6 train lines as well as M103 and M21 bus lines. Steps from some of the city's best shopping, restaurants and nightlife, neighbors include Patagonia Surf, Saxon + Parole, and Momofuku Ko.

That's an ambitious ask considering the revolving door of businesses along this corridor of late.

Here's a look at a rendering for the retail space from a different broker circa 2012... 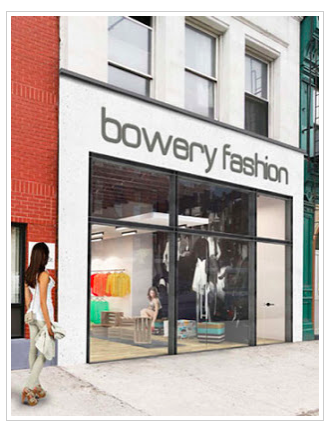 Work permits arrive at the former Amato Opera on the Bowery
Posted by Grieve at 4:18 AM

Well, at least it is no longer historic. Who needs to be reminded that the Bowery was once little Broadway.

Isn't it supposed to be haunted?

It's not haunted exactly. But there are apparently subterranean tunnels beneath the building and some people have claimed to hear mysterious organ music at times.

"On some 'grand' Saturday nights we took our dates to the Amato Opera House, a converted movie theatre where unemployed singers performed to the accompaniment of a piano, and we dropped coins into a hat that was passed between acts.....that single piano was the orchestra where music students carried cardboard elephants in the grand march of 'Aida", all for whatever coins you could afford to put in the hat when it was passed."
Dan Wakefield, "New York In The 50s"
(1992)

Sounds like the Drumpf effect on artists' livlihoods has been tried before.....FAIL!.....sad.

When the silver haired color of the white man's law freezes assets for most suspected criminals how does Croman get to keep operating freely like this?

Ridiculous ask. I am sure Bowery has been deemed dead for awhile, but this is another nail for sure be it the first or 40th.

Asking monthly rent: $34,995.
Will throw in the destruction of your delusions of grandeur and dreams of ever becoming rich for free
Welcome to The Bowery, where all dreams go to die.

35k / mo. Should be enough to cover Croman's legal bills.