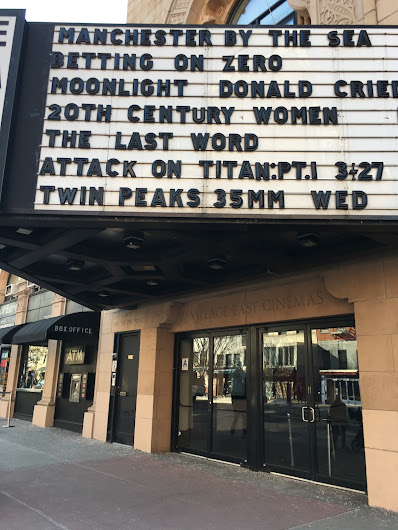 David Lynch's "Twin Peaks" prequel (and epilogue) is getting another look in theaters (in 35mm) for its 25th anniversary. "Fire Walk With Me" plays tomorrow night at 7 at the Village East, Second Avenue and 12th Street. (Ticket info here.)

Lynch made the film to fill in the gaps and to answer questions that his ABC series didn't address. Aside from some of the original cast members, David Bowie, Chris Isaak, Harry Dean Stanton and Kiefer Sutherland, among many others, drop by.

Lynch has filmed new episodes of "Twin Peaks" that will debut on Showtime this May 21.

This movie was horrible like all David Lynch films were. He's overrated.