The changing downtown skyline as seen from Avenue B 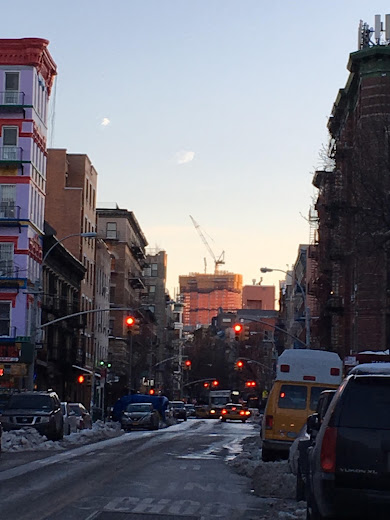 Extell’s One Manhattan Square is becoming more prominent on the skyline, as seen above from Avenue B and Fourth Street ... the 80-story residential tower, at the site of the former Pathmark on Cherry Street, will feature 815 one-to-three-bedroom residences starting at $1.15 million.

And if you keep walking... 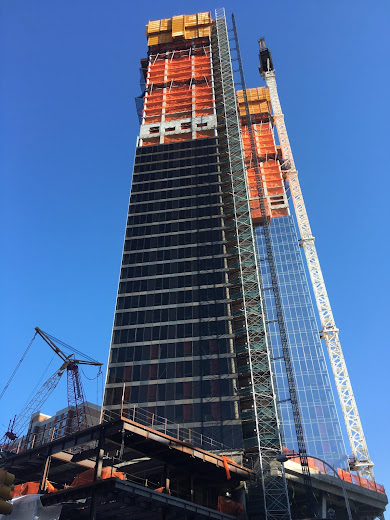 One Manhattan Square will likely be getting some skyline company: three more large-scale projects are being planned nearby along the East River. As The Lo-Down reported yesterday, the Department of City Planning announced that a "public scoping meeting" for a Two Bridges Environmental Review will take place on April 27.
Posted by Grieve at 4:10 AM

Holy shit, what a monstrosity. And three more to come? There goes that patch of distant sky.