About the Moon passing through Orion, and other upcoming 2nd Avenue Star Watcher events 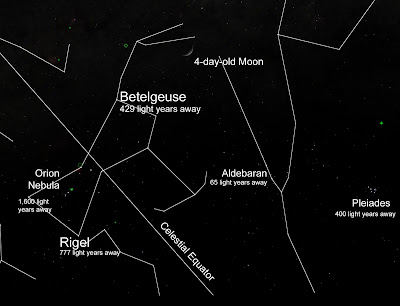 As Virgo rises in the East, Orion sets in the West, and the seasons change. (At last, after weeks and weeks of nothing but clouds and rain!) When the light from Aldebaran left the star 65 years ago,"Guys and Dolls" was playing at the Shubert Theater on Broadway. When the light from the Pleiades left the star cluster 400 years ago, Shakespeare was writing his plays. When the light from the Orion Nebula set forth 1,600 years ago, Rome was sacked by the Visigoths (later defeated by Attila the Hun). The crescent Moon tonight was passing through Orion between Taurus and Gemini, but was repeatedly blocked by passing clouds. 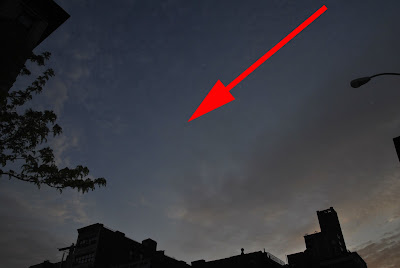 However, there will be more opportunities for sky gazing from Second Avenue and Third Street...

May 7 — near conjunction of waxing Moon and Jupiter in Virgo

June 3 — another near conjunction of waxing Moon and Jupiter

June 9 — near conjunction of full Moon and Saturn in Sagittarius

July 6 — near conjunction of waxing Moon and Saturn

August 21 — total eclipse of the Sun in the afternoon. (A partial in NYC.) 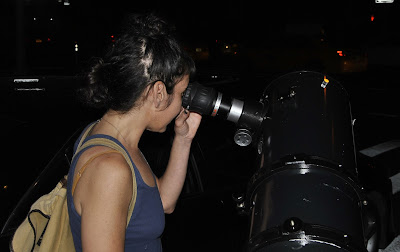 I thought Aldebaran was destroyed by the Death Star.