Full FULL reveal on 1st Street, Avenue A and the Bowery 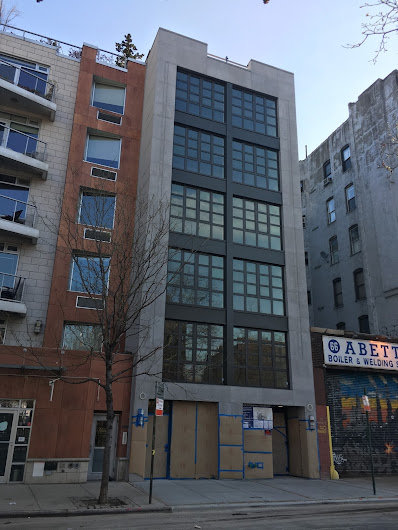 There are six, full-floor residences here between First Avenue and Second Avenue ... at the site of the former horrible hookah hotspot LaVie.

The website for 64 East — located [heh] in the "Bowery District" — shows that only one unit (just under $3.3 million) remains for sale. David Schwimmer reportedly just checked out a unit here for a possible bachelor pad. 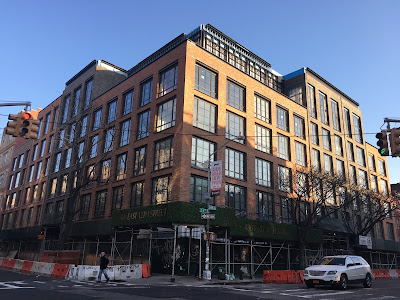 There's a full FULL reveal on the 11th Street and Avenue A sides of developer Douglas Steiner's Steiner East Village... the 12th Street side still remains under wraps... 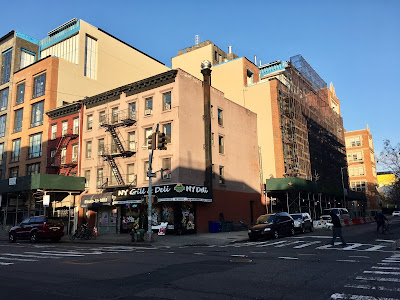 There is, at the moment, some address chaos on the sidewalk bridge... 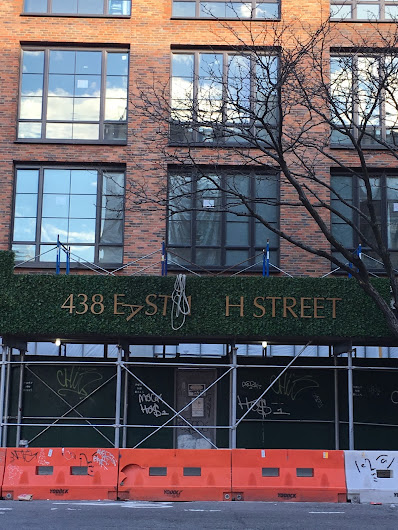 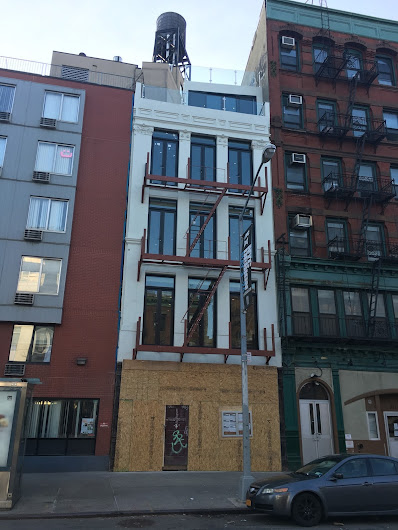 The sidewalk bridge is gone from outside 319 Bowery, undergoing a condo conversion after 45 years as the Amato Opera here between First Street and Second Street. (This four-story brick building was a cigar factory from 1899 to 1926.)

We recently noted that the retail space here is asking $34,995.

The developer is Steven Croman, who's facing suits in both civil and criminal court.
Posted by Grieve at 4:05 AM

Steiner East Village seems pretty bland, though it doesn't fit in with the architecture that's already in the neighborhood. Retail that fits with the neighborhood would be nice, though I'm betting we're going to see more CVS/Starbucks than local shops,eateries, or bodegas.

64 E 1st St. kind of/sort of fits in with the aesthetic of the neighborhood, but the lack of detailing and the seemingly cost-engineered facade just make it feel like that haircut that's too short - sure, you'll get used to it eventually, but for now, it just looks a bit too much like you tried to save money by taking more off than you should.

The Steiner building is the most barbaric. The warehouse windows are at least six times the size of the building's across. It's a barn and pigs are very attracted to it. No affordable units. Dead bodies underneath. Blocks out everyone's sun. All of this-out of deep seeded self hatred, ignorance, and jealous animosity towards righteous real estate developers and people with lots of money.

I saw an advertisement for this development and the cheapest units now start at $1,395,000.