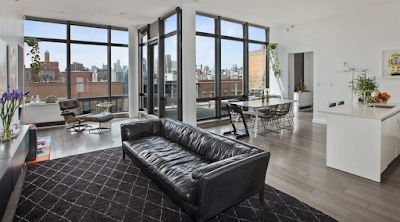 Shaun White, the two-time Olympic gold-medalist snowboarder, is selling his penthouse condo over at the A Building on 13th Street, the Post reports.

Here's the listing for the unit (NOT the one that had the slide) in Ben Shaoul's pool-topped condoplex between Avenue A and First Avenue via Citi Habitats:

Come inside this stunning and south facing Two bedroom Two and one half bathroom sunlit highly coveted penthouse at the A building. Floor to ceiling windows and soaring 12 foot+ ceilings with open layout provide downtown views and beautiful sunrises on your private patio. The building is a full service luxury doorman building with fully equipped rooftop including a vibrant pool scene, gym, and garden. Modern finishes throughout the apartment combined with an abundance of natural light are sure to impress. 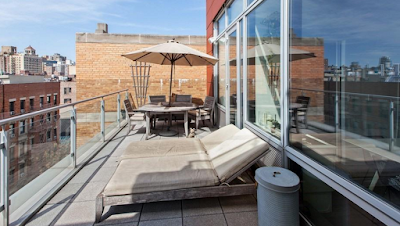 The Real Deal notes that the unit last sold for $2.9 million in 2014. Presumably White has owned it since then. (Not sure how much time he actually spent there.)

Your chance to stand in line outside a 7-Eleven to meet Shaun White today
Posted by Grieve at 4:07 AM

Email ThisBlogThis!Share to TwitterShare to FacebookShare to Pinterest
Labels: Shaun White, the A Building

Notice he's selling at a loss. Overbuilt EV. Maybe the evisceration is slowing down or at least sending a warning signal for future development. We can only hope.

Worthless without a slide!

I watched this building go up and I wouldn't pay $200,000 for an apartment there.

I am guessing the snowboard guy bought a place here so he could soak up the neighborhood's rock'n'roll vibes. LOL

The pool is leaking and there is most in the condos