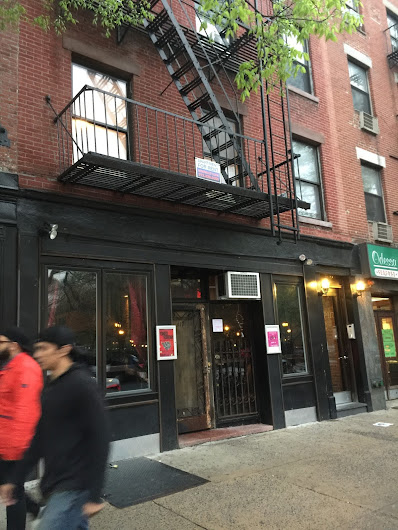 The Black Rose, which billed itself as a neighborhood rock-and-roll bar, has closed at 117 Avenue A between Seventh Street and St. Mark's Place.

EVG regular Daniel shared these photos and the tip. 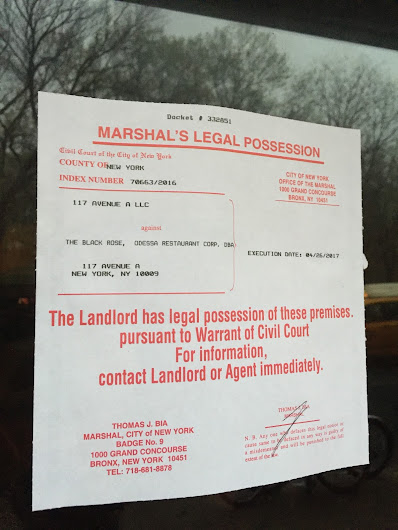 The space was quickly cleaned out... 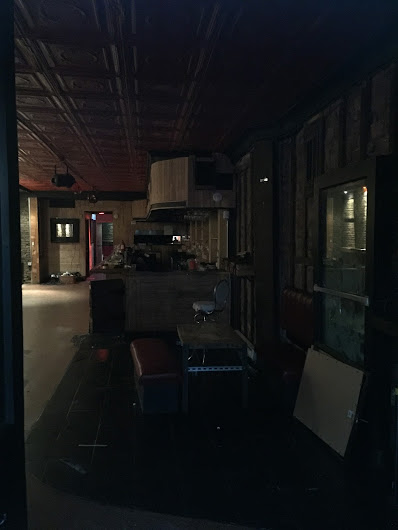 As we understand it, the Black Rose management told Jerry, the artist who occasionally takes up residence on the corner of Avenue A and Seventh Street, and company to take what they wanted... and so for at least part of the day there was the all-new Tompkins Square Park Art Bar... 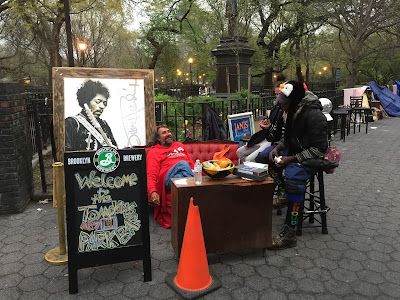 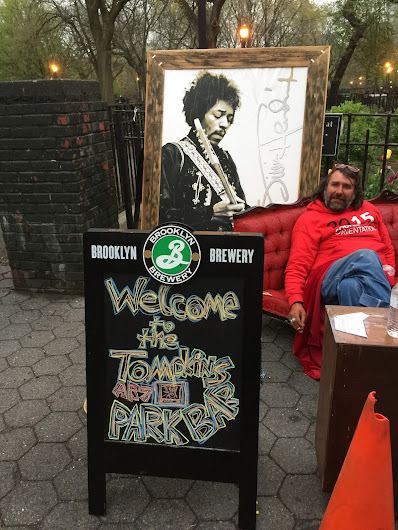 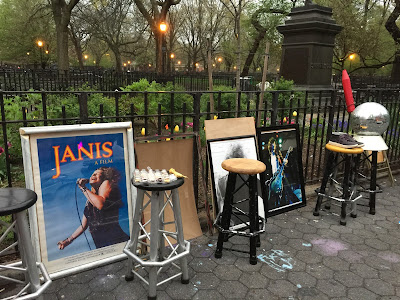 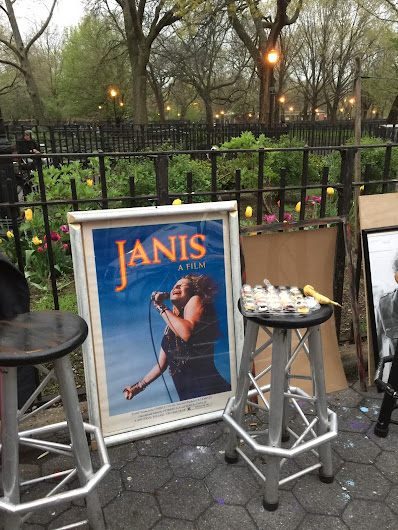 Previously on EV Grieve:
The Black Rose, 'a neighborhood rock and roll bar,' opening in the former Odessa Cafe and Bar space (73 comments)
Posted by Grieve at 4:30 AM

Email ThisBlogThis!Share to TwitterShare to FacebookShare to Pinterest
Labels: 117 Avenue A, bars that are now closed, Cromanated, The Black Rose

All the kewl new millionaires moving into 7th and A and 12th and A condos may be head scratching with all the vacancies up and down A. What "vibrant" neighborhood?

Calm down now. The Real Estate market is adjusting its sea legs.

"Rock & roll is here to stay it will never go away." Next on the cultural road map the mighty Acai bowl.

Oh that's what that was. I walked by it and couldn't figure it out. Thanks for the explication!

This is where the "kewl" music memorabilia and store fixtures from E.Vill are going to be in a couple of years

They made a lot of mistakes with this place. For starters, this is not a rock and roll neighborhood anymore. The new residents--and they are the ones who keep the bars in business--don't listen to Jimi Hendrix and Janis Joplin. What were they thinking? And while I do appreciate the rock greats, the exterior didn't do this place any favors. It wasn't inviting.

This whole area of Ave A and 9th Street is so depressed. Croman and Icon Realty have destroyed the charm and character and made it impossible for any original business to thrive. The "vibrant" neighborhood is a revolving door of retail for tourists.

I never really heard rock and roll coming out of that bar s I walked past. True, the market for classic rock is withered in this neighborhood, but having posters of Jimi and Janis on the walls while EDM blasted through the air was just too much of a disconnect for any market anywhere. Next.

Maybe is they had photoshopped a "Revlon" logo at the bottom of the Janis poster, or said something like Hendrix is kind of like Lenny Kravitz but not as good.... and added a dozen tvs with any sporting event, then 20 somethings would have helped them out.

We lost the dark side of Odessa for this, sigh.

So what might this portend for that new rock 'n roll magnet, E.Vil, I wonder? Or will the tools from the Moxie keep that ship from sinking?

This is the best post ever. Jerry holding court. He finally found a bar he wont get kicked out of. His own!

If you call a bar a 'rock and roll bar' chances are it's anything but. It's just a shame that the amazing vintage interior of Odessa was destroyed for this. Yet another case of NYC fucking itself over in the 21st Century...

Odessa wasn't forced out from what has been reported, they chose to sell to these clowns and now we get stuck with the trash. While I an glad Odessa still has a presence I can't feel bad for them because of this.

That's fine, except they didn't play very much Rock n' Roll there - there was far more EDM & Hip Hop.

Croman has the art of harassment down to a science. He forced The Black Rose out just as he did so many other businesses. Croman has his goons remove the boiler from the basement so that there was no heat and no gas to cook on to keep the business going. Then comes the water leaks, filthy water raining down on customers.

We all look forward to seeing Croman behind bars, but that will never make up for the countless lives he has completely destroyed.
Jail is too good a place for the likes of Croman.