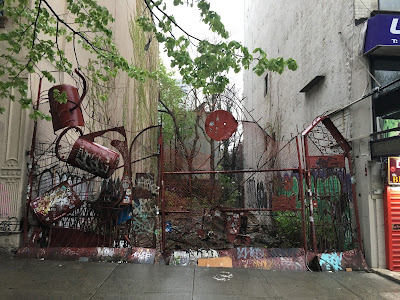 Plans were filed last week with the city for a 6-floor building at 89 First Ave., the long-vacant lot between Fifth Street and Sixth Street.

According to the pre-filing info at the DOB, the building will house eight dwelling units in nearly 7,400 square feet of space. The nearly 1,000 square feet per unit suggests condos. There's another 900 square feet listed for the ground-floor storefront.

As you may recall, we heard a rumor in the fall of 2014 that there were preliminary plans in place to build a 7-floor residential building here.

Since then, we've spotted workers clearing the lot of various weeds and trees and taking soil samples (here and here, for instance). 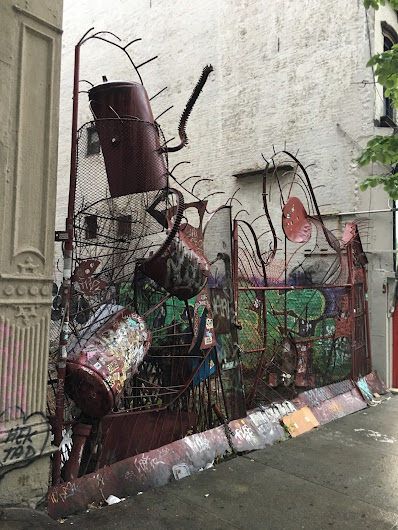 Daniel Toledano is also listed as the owner of the lot that housed the 2Bn2C sculpture garden at 231 E. Second St. between Avenue B and Avenue C. Development plans have been rumored there in recent years as well. There is nothing on file with the DOB for this property. 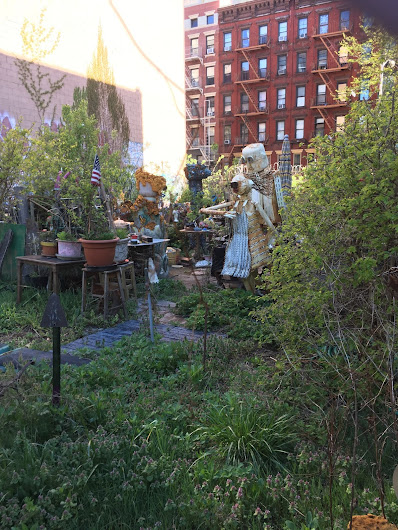 Previously on EV Grieve:
Will this long-empty lot on 1st Avenue yield to affordable housing?

Drilling and soil testing commences at the long-empty lot at 89 1st Ave.
Posted by Grieve at 4:30 AM

BUT I LOVE IT AS IT IS

Nooooooooooooooo. It was our little piece of the Jungle....That lot was empty since I was a little boy working at Blimpies on 2nd Avenue..Almost 50 years ago.

Are they related to Raphael Toledano?

Any idea how long ago there was a building on that lot?

@11:47 - I think there was a building there until the 60s. Not sure if it burned down or what. There were plans to rebuild in the early 70s but nothing ever happened, maybe because the city was in financial ruin.

My apt backs on to this lot, so I figured it was just a matter of time before something happened. Always enjoyed the space and light from the sky. As long as there's no party space behind or on top of this thing, I don't mind a new building, but something tells me that's too much to wish for.

I thought it was supposed to be affordable housing?

i never liked that lot, never saw any good art put there.

I hope the city allows another junkyard to be built, to replace this one.