Something for future generations to discover on 2nd Avenue 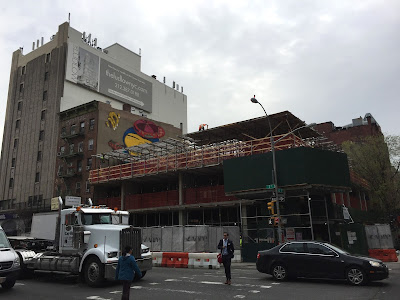 The incoming 10-story residential building continues its ascent at 24 Second Ave. and First Street ... EVG regular Daniel points out the the construction is getting ready to obscure the the mural by Brazilian twins Os Gêmeos ... 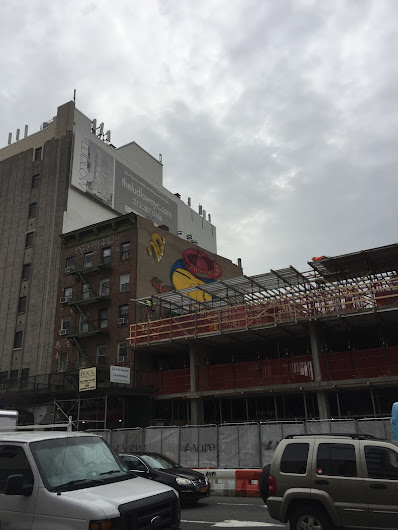 The mural went up at the former site of the BP station in August 2015 ... nearly one year after the BP shut down.. (There's also a mural of a ballerina by French street artist JR on an adjacent building facing the lot.) 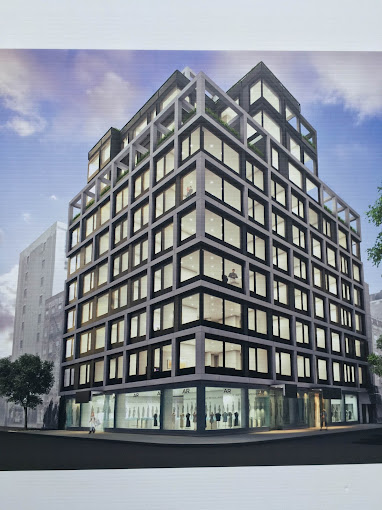 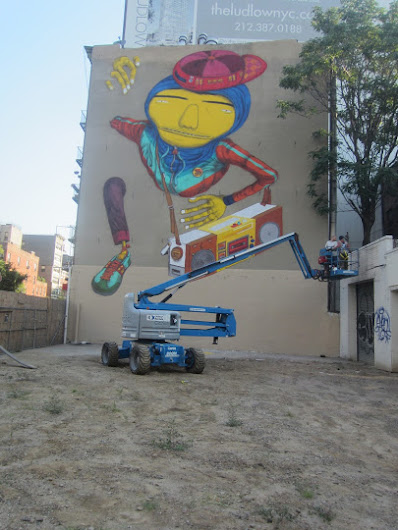 In 40 years when they tear this down to reveal an uncovered gem, Grieve'll be on it!

Oh, was that a work of art?

Funny - I was just thinking that the neighborhood could use less art work and more large, generic glassy buildings.

The gas station that was there was the location for Billy Joel's "Uptown Girl" video.

Billy Joel shot "Matter Of Trust" in a long gone community center on St.Mark's Place between 2nd and 3rd Avenues. He's no "Stranger" to the East Village :) Did he ever play the EV?

One of my favorite works of EV public art. At least it will be 'protected' ...

uptown girl was filmed at the sunoco that was on the corner of Bond St and Bowery!!for all you late comers to the neighborhood.

Simply put your dollars gently on the floor, back away and go back to where ever it is you came from.

I wonder when the Real Estate Bubble along with the Economy will pop under king trump?

wasn't Zoolander's hilarious gasoline fight scene shot there too? Or maybe I'm thinking of the mobil station on E. Houston