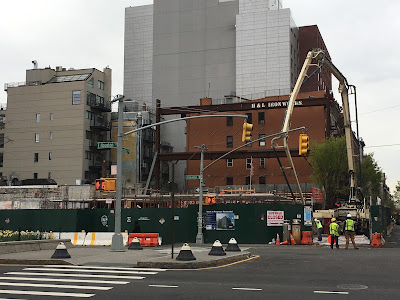 It has been about two years since the demolition of the one-level row of storefronts on East Houston at Orchard Street... and now Ben Shaoul's incoming condoplex finally makes it above the plywood (aside from that steel beam).

Here's a look at the site from yesterday... 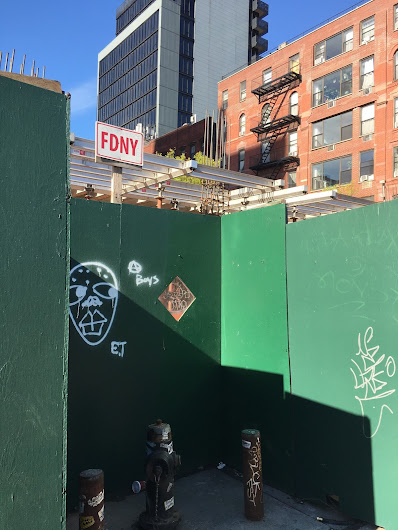 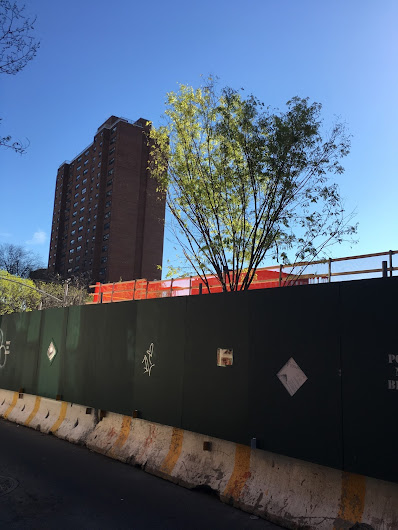 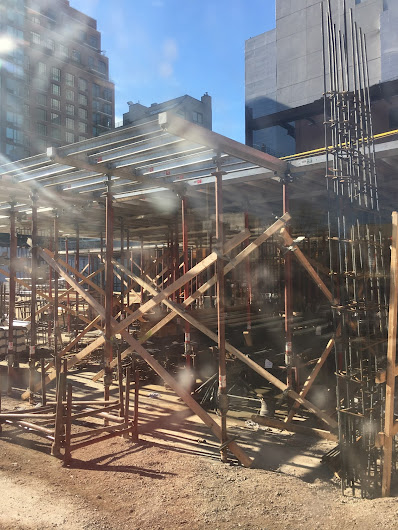 As noted, the available condos here in the 11-story, 94-unit building range from a 551-square-foot studio for $1.075 million to a 2,069-square-foot three-bedroom, three-and-a-half bathroom apartment asking $5.995 million. There will also be a three-level Equinox (gym) in the retail space. 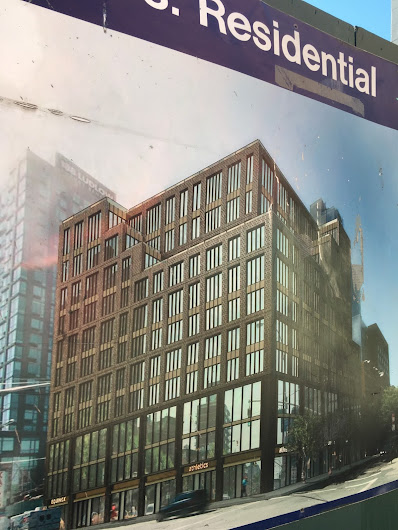 Send a salami to your boy next door in the condo
Posted by Grieve at 4:00 AM

The building of condos is understandable particularly in buildings with a small number of apartments. Condos give the owners far more flexibility. Anyone who has dealt with a co-op board in a smaller building knows that friendships often dissolve into bitter enemies when issues are raised.

Thanks for selling your air rights to this guy, Katz's.

Ben Shaoul's condo conversion on 23rd St and 1st Avenue is a flop. Sales for the past year were so bad they had to change the name of the building from The Illumina to The Coda with a new marketing campaign, but still no one is buying and the building is dark at nght. They had even tried lighting up all the empty apartments with blue glowing lights at night to make The Illumina look illuminated, but that just made the building look like a ridiculous haunted house. Here's hoping that they have the same lousy sales results on Houston Street now that the Manhattan market is going soft.