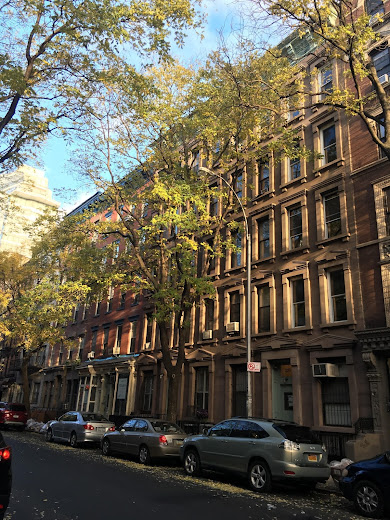 On Friday, Judge Sean Lane of the U.S. Bankruptcy Court for the Southern District of New York OK'd Madison Realty Capital to replace Raphael Toledano as the property manager of 15 East Village buildings while a deal to transfer the ownership is worked out, The Real Deal reports.

Madison, the lender on the properties and secured creditor, is negotiating a deal to acquire the deeds from Toledano’s Brookhill Properties. Sources close to both firms said they have signed a term sheet outlining a deal in which Madison would pay a sum of less than $10 million, which Toledano would use to pay off other creditors.

Last month, an affiliate of Toledano's Brookhill Properties filed Chapter 11 bankruptcy protection on the portfolio of multifamily walk-ups. In 2015, Toledano purchased 28 buildings from the Tabak family for a total of $140 million.

Madison has reportedly said that Toledano owes some $140 million, including $125 million in loans against the 15 properties, plus interest and attorneys’ fees.

Raphael Toledano tenants take to Midtown streets to speak out against their landlord and his lenders
Posted by Grieve at 4:20 AM

According to tNY State Suppreme Court documents, once Toledano goes into default he owes the lender 24% annual interest on the principal, or an additional $30 million per year! And he apparenty hasn't made a payment since July of 2016. I thought he was rich, What happened to all that money?

In addition, there are several court cases filed by tenants who were offered buyouts, vacated their apartments, and were never paid. One tenant was told the company just didn't have the money to pay them anymore, and now the tenant doesn't have their rent stabilized apartment either, The buyouts range from $92k to $240k for an apartment on St Marks Place all the way up to $600K for another apartment. This real estate deal was managed so poorly you'd think Donald Trump or Javanka was the owner.

I feel sorry for the tenants who got screwed out of their rent stabilized homes and now have nothing, but no one should feel sorry for Toledano who obviously got in way over his head and couldn't even properly manage this deal in the hottest real estate market ever. What a genius!

Who is so incompetent that they buy buildings in the East Village that they can't at the very least break even on? What a loser.

They vacated before the cash was in their bank account... that's like signing ownership of a car over before the money. It's just stupidly trusting...

Damn, talk about a crash and burn. I hope those tenants who were cheated out of their apartments can be compensated in court.

The guy has no leverage now because he's basically abandoned the buildings, staff has either been laid off or walked out, leaving the court no choice but to handover management to the lender. He hasn't mortgage for over nine months, has liens on the property, has tons of violations to clean up, and owes tenants a ton of money for their buyouts. It's a total mess. What a real estate genius he is!

According to one of the tenants, they vacated the apartment because they were afraid they were going to be evicted if they didn't. Having that black mark on your record means you could never rent another apartment in New York again. So it's not like selling a car at all. These people thought they were dealing with someone who had the money. Obviously either he did not or never intended to pay them. Where all that money actually went I'm sure will be the subject of these court proceedings.

Why would they be evicted Giovanni? Didn't they have lawyers? The agreements should have said that there is no obligation to relinquish the tenancy until all monies are paid in full with a cashier's check. The agreement should have be voidable by the tenants if there was not payment by a certain date, and their should have been some penalties for not paying by that date. If they want you out, you have to protect yourself. Water under the bridge, or maybe an attorney can salvage something from the situation since they owners did not satisfy the terms of whatever agreement they did have.

@Sophocles. According the the court filing, the agreement stated that the tenant needed to both withdraw his rent overcharge suit against the landlord and vacate the apartment or else he would be subject to a holdover proceeding for eviction. The tenant says he did both in exchange for an agreement that he would be paid $260k as soon as he dropped his suit and moved out. Which he did. Then they refused to pay him. He probably should have asked for the cashiers check like you said. Now he has to hire a lwayyer to try to get his money, and lawyers aren't free. It's just another example of how these greedy landlords abuse their tenants and their position time and time again.

I bet Raphy is so mad that steam is coming out of his ears.

TOLEDO DOESN'T HAVE MONEY? HE DIDN'T PAY THE LOANS AND SOLD SOME BUILDINGS. HE DIDN'T PAY BUYOUT TENANTS OR CREDITORS. WHERE DID HE HIDE THE MONEY? THAT'S THE QUESTION PEOPLE SHOULD BE ASKING...
Quoted From The Read Deal Article from 4/17/2017:
"In recent months, Toledano made quick profits selling a few buildings outside of the 15-building portfolio. He sold 58 St. Mark’s Place in November for $12.3 million after having bought it for $3.8 million in November 2015; sold 221 East 10th Street in October for $10 million after having bought it for $3 million in November 2015; and sold 218 and 220 East 27th Street in December for $13.1 million after having bought them for $4.6 million in July 2015, records show."
Based on that article, Toledano sold 4 buildings for $28.4 million that he paid $11.4 million. That's a $17 million profit. He didn't repay the $125 million loan after purchasing the buildings for $97 million.
That's $28 million more than the purchase price. Then there's the $10 million that he will be getting from Madison for the building deeds (which I don't understand why he'd get anything).
In less than 2 years, he spent $28 million and still owes creditors and buyout tenants? Doubtful. I'm sure a lot of it went to lawyers, office rental, etc. He did much more gutting of apartments than renovations. Few apartment renovations were actually completed. Many of the gutted apartments remain untouched, filled with the debris of walls and ceilings that were taken down.
I don't think Toledano's poor at all. He's been hiding money from the beginning.
And then there's Madison. Sleazy mortgage lendors. Loan to over-leveraged buyers. "Loan to own" Madison owns Silverstone, who also has a bad reputation.
From Tabak, to Toledano, to Silverstone. How much worse can it get? The same tenants can expect to fight for their un-renewed rent stabilized leases, more low ball buyout offers, and non stop construction to look forward to again.
Today, Silverstone had demolition debris being removed from an apartment at 325 E12th St after 6pm.
It's not over. NYS needs to do something to protect these tenants who have been victims for too long now.
Toledano didn't loose. Some of that $ is hidden well.
You'll see those big teeth in bad suits in the news again soon.
Madison / Silverstone will probably be just as bad, if not, worse. They are responsible for the downfall of Toledano and could be worse for the building tenants. Remember, they're getting those 15 buildings for $107 million. That's $38 million less than Joseph Sutton was willing to pay.
Final thought. I thought there were 27 Tabak buildings. The Real Deal article said Toledano sold 4 of them. Did he sell 8 other buildings too? There's a bunch of missing millions...
Jonathan (Morton's grandson) and Janet Tabak Garfinkel (Morton's daughter) must feel like the fools they are. Morton bought those buildings for his family to keep for generations. He was a fantastic landlord and a good man. A couple of years after he was unable to manage his buildings, they sold them. They ignored a good man's dream. They could have gotten double the amount of what they sold to Toledano for. Losers. I bet the Tabak family is still fighting over the money. The only good Tabaks were Morton and his son Alan. I will always have fond memories of both.

Rafi may have sold some buildings but that doesn't mean he has much money left over now. Leverage and lifestyle can eat up your cash in an East Village minute. The fact that they had to give him another $10 million to work out all the problems tells you how bad he probably got hurt. Even if he comes out a few million dollars ahead, he could have made more money flipping a few high end condos and no one would have gotten hurt, including his very damaged reputation. Now he's just a small time loser who got in way over his head and hurt people in the process. All for a few dollars and a high profile fiasco? It's just not worth it.

Seems Silverstone, who is owned by Madison Capitol, is as bad or worse than Toledano.
Tenant's reviews were easy to find:

They provided Toledano the $125 million for the $97 million purchase from the Tabaks. The stipulation was the $28 million above the purchase price was to be used for tenant buyouts and renovations. Clearly, this was done to get rent regulated tenants out so the apartments could be deregulated/ decontrolled and rented for above market rents .The tenants in the Toledano foreclosed buildings are in more trouble than they were.
The nightmare continues...

Giovanni is mistaken about buyout amounts. Many tenants in the Toledano buildings agreed to buyouts as low as $20,000. Buyout offers were much lower than she claims for most tenants. Her numbers are much higher than buyout offers discussed by tenants who remain in these buildings.

Here's what it says in the court filing. The numbers are correct, however the breakout seems to be $30,000 for the buyout plus $230,0000 for rent refund in exchange fro dropping a rent overcharge lawsuit. It's still a $260k buyout in total, so perhaps those other tenants needed to use a better legal strategy to get more leverage before they agree to vacate their apartments.

"ln consideratíon for Tenant agreeing to strictly comply wtth all of fhe terms, corditions, promises end representstlons set forth in this Agreement induding without limitation the surrender of Tenants rlghts to the Lease and Apartment, Owner agrees as follows:
a. Upon Tenant's execution of this Agreement, Owner shall retum Tenants securtty deposit in the sum of $1,874.76 and
b. Owner shall pay Tenant by certified check the sum of $260,000.00 (the Vacate Payrnenf) simultaneous with Tenant's surrender of possession..."

You thought Toledano/ Brookhill was a bad landlord?
Meet your new landlord:
Madison Reality Capitol owns Silverstone Property Group.
They owned Slate too...
This is not good.