Highlights from the Mayor's LES Town Hall (The Lo-Down)

East Village resident who booked a massage via Backpage.com was robbed and beaten instead (The Post)

An interview with East Village-based singer-songwriter Fiona Silver, whose debut record is out today (East of 8th) 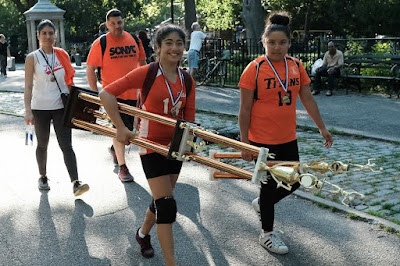 A look at the large exhibition of work by the artist John Giorno across the city, including Howl! Happening on First Street (artNEWS)

...and here's a clip from earlier this week showing Ranger Rob lending a hand to Flatbush, the new red-tailed juvenile in Tompkins Square Park...