Mazmaza is the 4th restaurant to try 320 E. 6th St. since last September

Until earlier this month, 320 E. Sixth St. between First Avenue and Second Avenue was Amoun Kitchen and Lounge, a Moroccan restaurant and hookah bar... 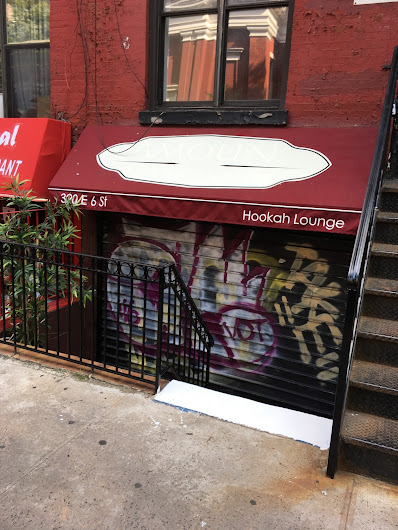 Then the gates stayed down and someone painted over the Amoun awning... and now the place is Mazmaza, which also serves Moroccan cuisine... 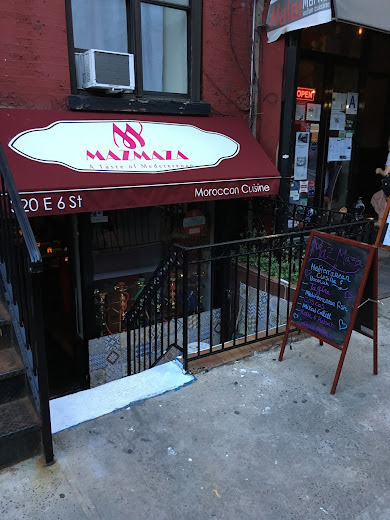 There has been a lot of changes at No. 320 since last September, when Zerza announced it was closing for renovations. Then came 'Merica, co-founded by Zach Neil, an owner of the Tim Burton-themed Beetle House a few doors away on Sixth Street as well as the now-closed Stay Classy, the bar for Will Ferrell fans on Rivington Street. (An investor who teamed up with the owners of Stay Classy is now reportedly suing them.)

'Merica, an alleged attempt at satirizing the "real America," closed after three weeks in business... with Zerza returning to service for four months. Then Amoun now Mazmaza. Next!
Posted by Grieve at 4:21 AM

So I guess fake food has no takers.

Zach is being sued? Couldn't have happened to a nicer guy.