A new home for S'MAC on 1st Avenue and 12th Street 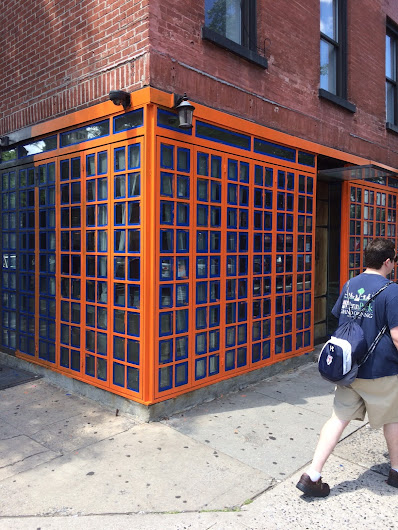 It looks as if S'MAC will have a new, more high-profile home... several storefronts away from their current location on 12th Street between First Avenue and Second Avenue.

EVG regular dwg shared these photos showing the transformed space on the northwest corner of First Avenue and 12th Street... 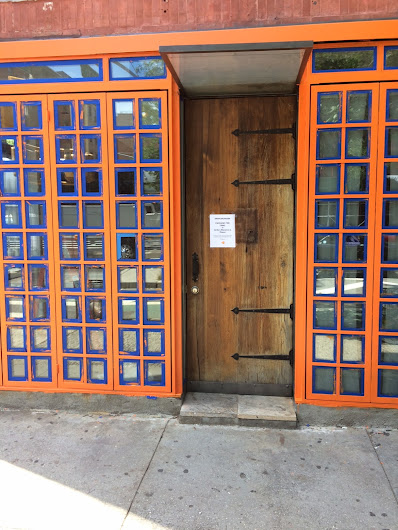 There's also a sign on the door for the UPS/FedEx folks... 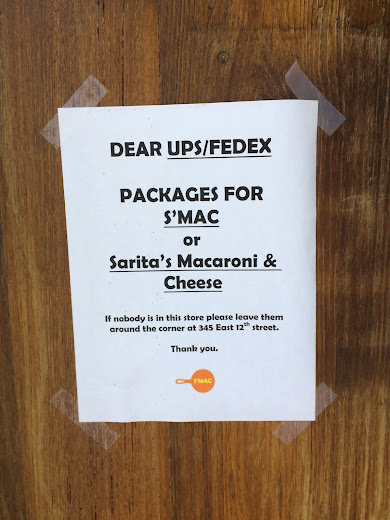 Caesar Ekya, who owns and operates S'MAC with his wife Sarita, told me that they hoped to have the new location open the weekend after the Fourth of July holiday.

The macaroni-and-cheese specialists opened on June 24, 2006.

The corner space previously housed East 12th Osteria, the Italian restaurant that closed and moved back in January.
Posted by Grieve at 5:30 AM

Email ThisBlogThis!Share to TwitterShare to FacebookShare to Pinterest
Labels: S'MAC

Lost respect for S'Mac after Hurricane Sandy when they asked customers to 'pre buy' gift cards to keep them afloat in First Park. A lot of businesses suffered after the hurricane, and it felt really inappropriate.

Several years ago I had guests over and we ordered dinner from S'Mac for delivery; I paid with my credit card over the phone, then we sat and waited for it to come. And waited. And waited. I finally called after some 90 minutes and was told the delivery people had all gone home and that I would need to come to 12th St. and pick up the food myself. There was no apology, no freebie tossed in to make it up to me that at 10:45 PM I had to go out and get my order, it was no big deal to the staff. So I never went back.

Glad they're getting a nicer space after over a decade in business, but, is it too nice for mac & cheese? Seems like a financial gamble. Hope it works out!

Pretty upscale digs for them. Seems like a weird match.

I am always amazed this place stays in business. Hope they are not over-reaching on this move, given that they gave up their "take-out-only" space down the block awhile back.

This stuff although delicious it is for young people, if you are over 40 and don't want heart problems stay away from melted cheese.

This stuff although delicious it is for young people, if you are over 40 and don't want heart problems stay away from melted cheese.

A better tip is to avoid dairy altogether. (The vegan "s'mac" is quite good; I didn't get the dairy-rich one, but I thought the vegan version was great.)

Congratulations to Sarita and Caesar! Looking forward to the new place. Happy to hear some positive news about a neighborhood restaurant! This blog is too full of places that are closing.

The older I get the more people start telling you what you can't have ... reading is depressing.