Sushi Lounge emerges from a crowded combo of brands at 31 St. Mark's Place 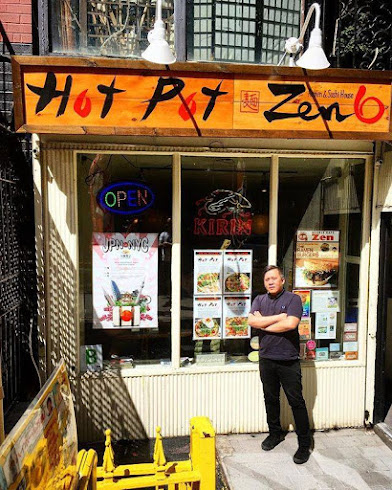 Since March 2016, the restaurant at 31 St. Mark's Place was a Hakata Hot Pot/Zen 6/Sushi Lounge combo.

Now, though, it appears the owners have opted to go with the familiar Sushi Lounge name for the space, as the new sign debuted here between Second Avenue and Third Avenue last Friday... 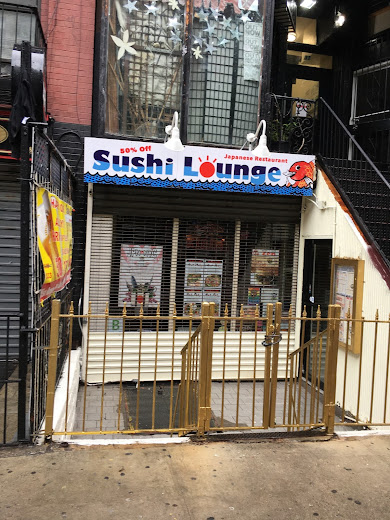 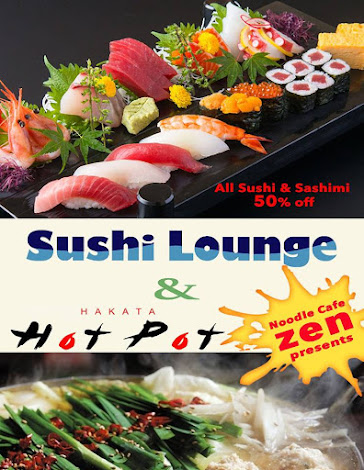 Higher rents chased Sushi Lounge from St. Mark's Place and Avenue A at the end of October 2013. (The corner space is now home to Empellón al Pastor, a bar with tacos.)

The owners of Sushi Lounge were also the new proprietors of Natori at 58 St. Mark's Place. (The original Natori, a longtime favorite, closed in November 2012.)

Then what was operating as the second Natori became Sushi Lounge in January 2014. Then they added the Hot Pot component. Then they all moved out of No. 58 to No. 31 in March 2016.

Previously on EV Grieve:
As the sushi turns: Sushi Lounge now operating out of the former Natori space on St. Mark's
Posted by Grieve at 4:00 AM

I am happy I actually like that place for junk food type sushi but the one between 2nd and 3rd is more pricey than the others so there is not really a half priced deal going on as they raised all the prices when the other two shut down.