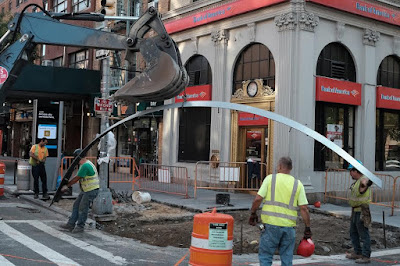 A long read on the history of the Bowery (Curbed)

A look at the new Wagamama menu on Third Avenue and 11th Street (Gothamist ... previously on EVG) 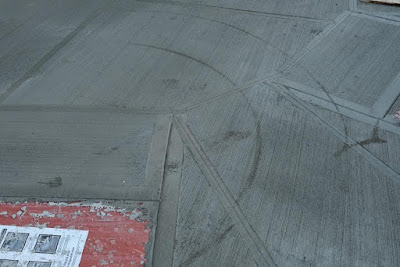 End of days for the DL on Delancey? (BoweryBoogie)

This past week, workers removed the remaining sidewalk bridge and scaffolding on the west side of Avenue C between Seventh Street and Sixth Street in front of the NYCHA-owned building.

Per an EVG reader: "I've been living on C for 6 years now and can't remember a day when it wasn't a fixture of the buildings along that stretch of sidewalk." 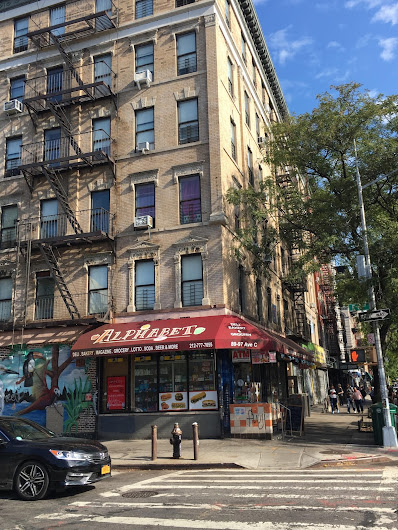 However, the temporary boilers that arrived after Sandy in 2012 remain in place on Sixth Street... 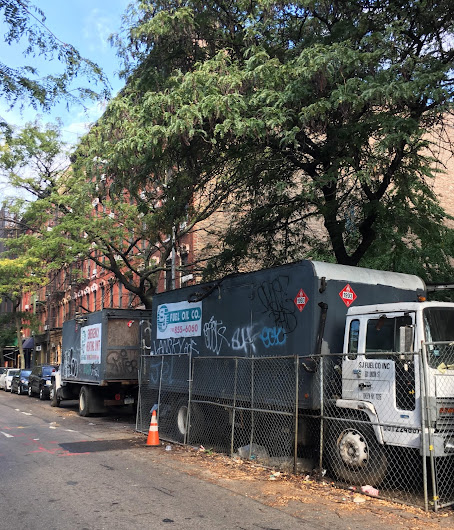 ... and via the EVG inbox... a benefit Sunday for post-Hurricane Maria Puerto Rican Relief at the Clemente, 107 Suffolk St. at Rivington on the Lower East Sode. More details here. 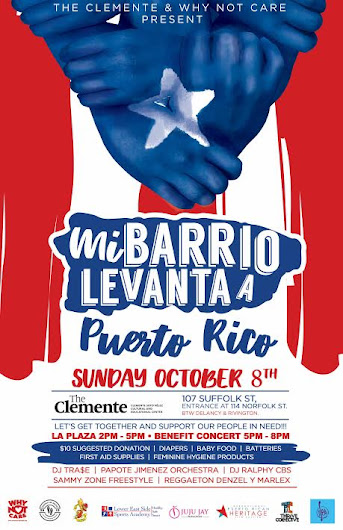 ... and there's a Benefit for Hurricane Harvey Pets at the Ruff Club, 34 Avenue A between Second Street and Third Street, from 1-4 Sunday afternoon. Details here. 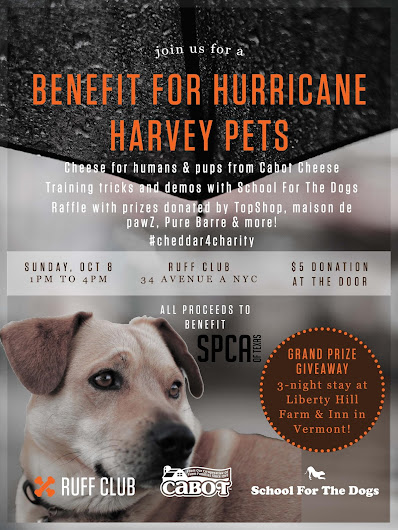 A couple more of the "cement crop circles":

p.s. those are "crack stoppers".

I am offering $50 for the best slogan for Vale Construction (providing concrete since 1984, which is probably just a coincidence). Let me get the ball rolling:

Vale Construction: When the Best is Too Good;
We Dry Harder; and
Vale of Tears.

Jimi Hendrix Way? Give me a fucking break.

He was born and raised in Seattle and never made anything let alone lived in New York.

Electric Lady Studios is a recording studio located at 52 West Eighth Street. It was originally built by Jimi Hendrix and designed by John Storyk in 1970.

How did you get exactly where Jimi Hendrix lived right down to his apartment number, Gojira?

So what Hendrix lived, played shows, and was discovered here? He was not part of the beat/folk scene which dominated Greenwich Village in the '60s. He didn't live in the neighborhood most of the '60s. He was not part of protests or demonstrations there. He spoke out about nothing, not even civil rights. Arlo Guthrie and Bob Dylan made more of a cultural impact in Greenwich Village than Hendrix. When I and countless others think of 1960s Greenwich Village we think of him, Bob Dylan, and the beat/folk scene, not Jimi Hendrix. Hendrix was hard rock, psychedelica, feedback, crunch, pre-metal, drugs, booze, California hippy culture etc. not NYC, sorry.

As for Electric Lady Studios yeah I know it's on W.8th St. and Hendrix opened it but c'mon. Dude had the money to open it from his fame and fortune and anyone else with money could've opened there. And I wouldn't exactly call it a place which has facilitated underground/unsigned artists as the majority of bands who recorded there were already established and huge and the vast majority of releases recorded there are major and big indie label releases. It was initially a million dollar vanity project for Hendrix since he recorded there in only the first four weeks. Dude had nothing to do with the place save opening it. He himself didn't envision a creative hive for artists. ELS has had no connection to the underground music scene in NYC whatsoever and still has no connection to it. It's all about major and big indie label acts like it was and always will be.

And if you're gonna name W.8th Jimi Hendrix Way then you name the Bowery from Houston St. to St.Marks Place "Hilly Kristal Way" since he put the Bowery and the East Village on the map with CBGB at 315 Bowery 1974-2006 which facilitated thousands upon thousands of underground bands and launched the careers of The Ramones, Talking Heads, Blondie etc.

Seriously, what's up with those fucking boilers? How are they allowed to be there for that long and why???