Former Out East space for lease on 6th Street 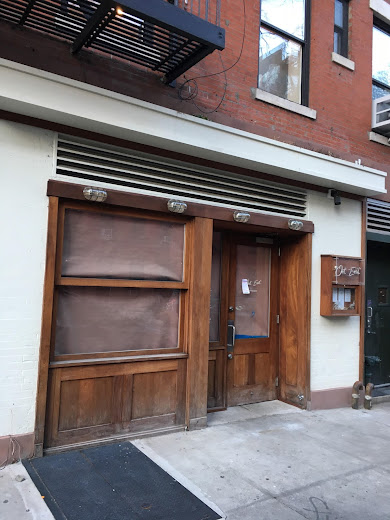 The former Out East space on Sixth Street between Avenue A and Avenue is on the market. (And someone replaced the black trash bags on the windows with brown paper.)

Here's part of the listing (via Sinvin — PDF here) for the two-level space, which underwent an extensive gut renovation to make it Out East:

The seafoody restaurant, which reportedly took its inspiration from coastal Long Island , opened last April before quietly shutting down in mid-December.
Posted by Grieve at 4:00 AM

Email ThisBlogThis!Share to TwitterShare to FacebookShare to Pinterest
Labels: for rent, Out East