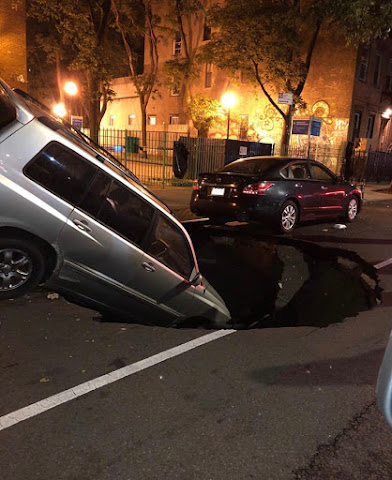 As previously noted, a sinkhole opened up on Second Street between Avenue A and First Avenue late Saturday night... nearly swallowing a parked (and empty!) SUV in the process.

While the block is open to through westbound traffic, a large Con Ed presence remains on the scene... 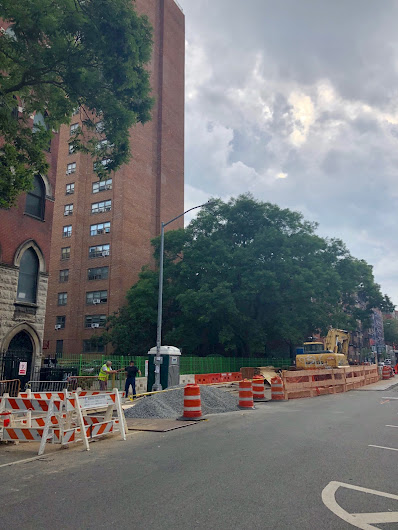 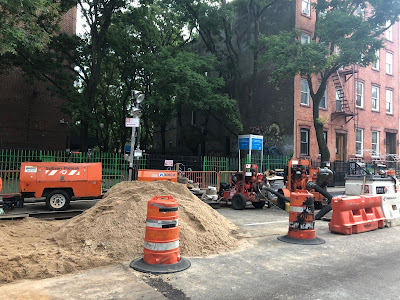 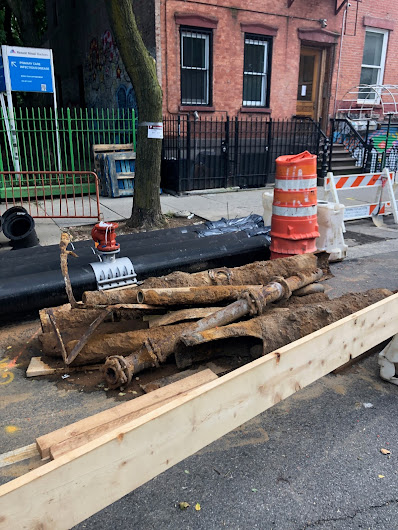 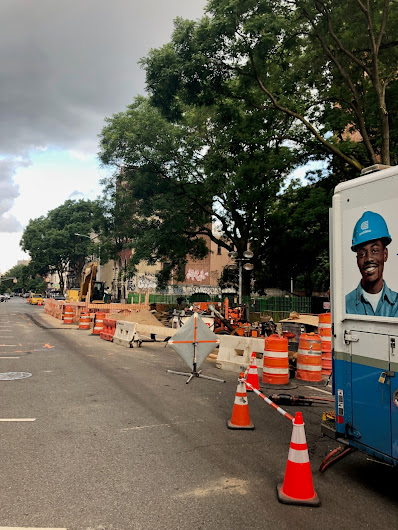 A cause was never made public. Residents had said there was a sewage problem on the block leading up to the sinkhole's arrival.
Posted by Grieve at 6:05 AM

The doctor's office on the north side of first had to shut down sometime in the past 6 months due to flooding. I wouldn't be surprised if the sinkhole is related to that.

This is likely due to the new luxury building going up in the old Lucky Chang's space. They have been digging up the lines to provide more services to the building, and most likely screwed something up letting a leak go unnoticed and eroding out what's under the street and the Dr's office. Construction of this type often comes at a cost to the surrounding community in many ways, but without any accountability.

There should also be a cost for using the "likely" more than once while trying to pass off a wild guess as probably truth.

All the lines here are way too old

They used to call 'em the hungry streets of New York.

But this is ridiculous!

How dare you talk about much of the media these days!