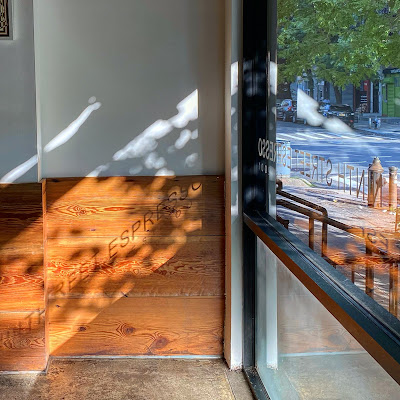 • "Claims from the NYPD's top cops that an uptick in gun violence has been caused by bail reform efforts and emergency releases from Rikers Island due to COVID-19 continue to prove baseless, without any data surfacing to back them up." (Gothamist)

• The National Community Reinvestment Coalition used data from the American Community Survey conducted by the U.S. Census Bureau to rank the cities on gentrification during a five-year period ending in 2017. San Francisco-Oakland was No. 1, followed by Denver, Boston, Miami-Fort Lauderdale and New Orleans. NYC was No. 7 (USA Today)

Check out what was happening summer/ fall of 1979 at Irving Plaza: (from NY Times)

"Club 57 fits into this because it is at Irving Plaza that these touring bands will stop when they're in New York. Tomorrow and Sunday the Cramps will be on hand. Fashion plus the Model Citizens will perform later Sunday evening (the Cramps’ Sunday date is an experimental kiddie matinee, designed for those younger than the legal drinking age). The Buzzcocks, the Gang of Four and the The will be at Irving Plaza on Aug. 31 and Sept. 1; Nico with John Cale and Cheap Perfume, Sept. 7; the Reds, Sept. 8; Mr. Cale, Sept. 14‐15; Eddie and the Hot Rods, Sept. 21‐22; the Police and Wazrno Nariz, Sept. 2729; Iggy Pop, Nov. 2‐3; XTC, Nov. 5.6; Siouxie and the Banshees, Nov. 9‐10; Ultravox, Nov. 12‐13; the Cramps again, Nov. 16‐17, and Skafish, Nov. 1920. Pending are dates for 999, Penetration, Chelsea, Monochrome Set, the the Lurkers"