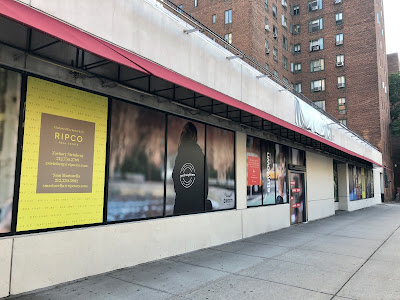 Broker marketing is now up along the former Associated Supermarket on 14th Street between Avenue A and First Avenue... the space is apparently between downtown and downtime... 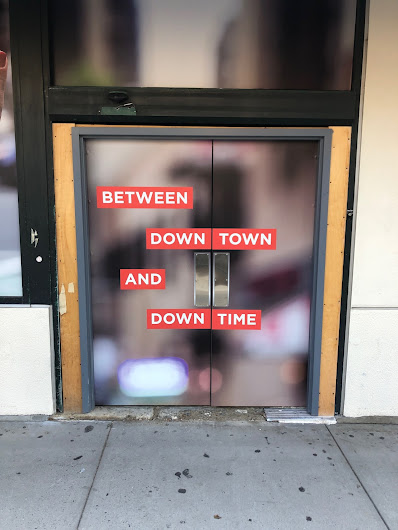 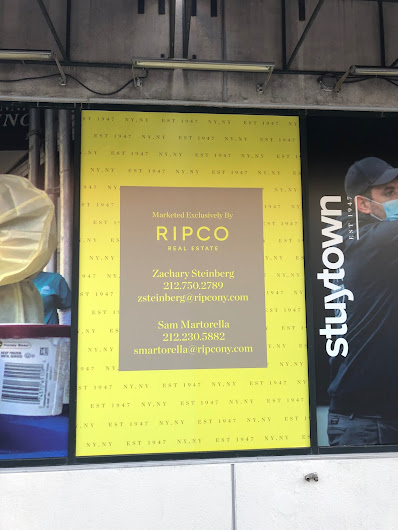 The supermarket, that served Stuy Town and parts of the East Village, closed this past December.

Joseph Falzon, the store’s owner, previously told Crain's that a confluence of factors had cut business nearly in half. For starters, construction on 14th Street for the L train obscured the supermarket with a 12-foot fence for nearly two years.

A Trader Joe's opened across the street in early January. (The Target on 14th and A opened in July 2018)

During the pandemic, City Harvest is using the space for a distribution center called the Stuy Town Pantry.

this will be the first in a long line of brokers trying to get this space leased. PS what the hell does (between downtown and the down time" suggesting?

Well Stuyvesant Town (Blackstone) is still using this line in their web page promotion for their apartments. And the EV has not been "funky" for at least 20 years.

"Located between the funky East Village & prestigious Gramercy our community runs from 14th to 23rd on Manhattan's East Side between 1st & Ave C."

One: Management publicly bemoaned the loss of Associated, told us that they really, really, really were bending over backwards to make things work, and promised that another supermarket would take it’s place. Ha, ha, Suckers!

Two: Community? Half the apartments are being rented for $40-60k a year to students and other short-termers who couldn’t give a fuck about anyone other than themselves.

RIPCO? Seems a little on the nose to me.

I stopped going when the MTA fucked with rhe M14A buses. I would take them to connect with the 9th Street crosstown, but now the nearest stop is 11th and Avenue A which is too far to walk with full shopping bags, as I am elderly and disabled . Die, MTA bastards!