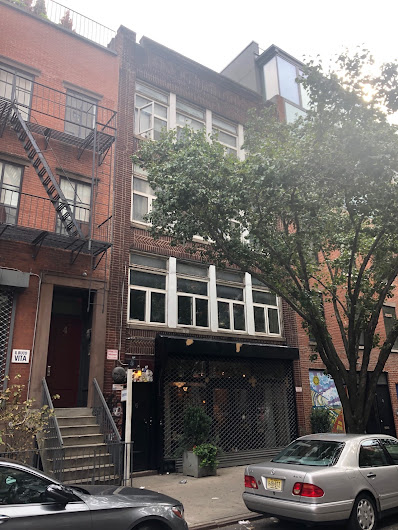 As Jennifer Gould recently reported at the Post, 6 E. Second St. is now on the market for $7.25 million.

A loft in the four-level building just east of the Bowery — at Joey Ramone Place — was the longtime home of Arturo Vega, the artistic director for the Ramones who created the band's iconic logo.

The listing via B6 Real Estate Advisors is now online:

The property has 26 feet of frontage on East 2nd Street and has a depth of 63 feet. Additionally, the property is comprised of approximately 6,408 square feet broken down as follows: 4,806 SF residential and 1,602 SF retail.

There isn't any mention of Vega or the Ramones in the listing. Other onetime residents here include Fayette Hauser, John Flowers and Pam Tent of the Cockettes.

As for the Ramones, plenty has been written about their relationship with the space (Joey and Dee Dee lived here early on, the band signed their first contract on Vega's coffee table, etc.)... and here's footage of the band playing in the loft in February 1975... 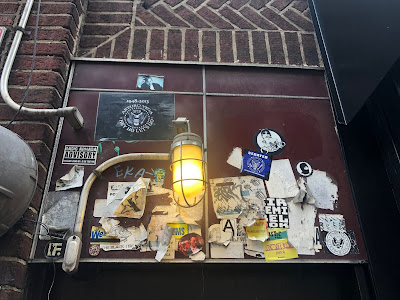 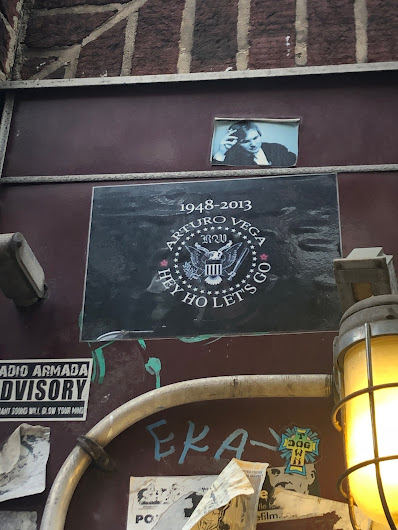 Wow. If only I were rich then I could purchase this piece of Ramones history. Rock on, guys. ❤🎸🎤🎶

that area was a lot different in the 70s...could have probably bought the entire block for $7 million, LOL!

I still have the ticket stub from the first time I saw them in August 1976. I was head-over-heels for Johnny, and the reason I moved back to NYC and into an abandoned building on 11th and B was because I knew he lived on 10th and 3rd and I wanted to be in his general vicinity. Ah, the way my brain worked when I was in my 20s...

When I saw the Jam in 77 a girl in my group insisted we follow Johnny after the show. Turns out Johnny eats pizza like everyone else.

@Gojira-I first saw them in July 75. Where did you see them in Aug 76? As I recall CBGBs did not issue tickets.

@XTC - I was living on the West Coast at that point, and saw them at The Roxy in LA. It was their first US tour, and after the show I immediately decided to move back to NY, the city of my birth, so I could see them as often as possible! (I was gonna move back anyway, they just moved up the timeline.)