Reader report: The alarms at the Avenue A NYSC have been ringing since Thursday night 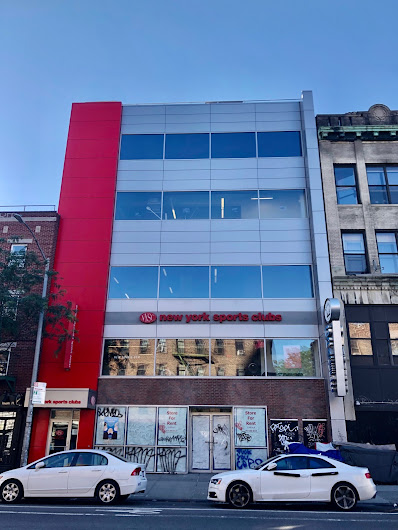 The burglar alarms at the New York Sports Clubs outpost at 28-30 Avenue A between Second Street and Third Street has been going off CONTINUOUSLY since Thursday night. It's going off on both the front interior of the building (flashing florescent lights inside the front entrance along with sounds), irritating the merchants nearby, and VERY definitely at the rear of the building. Those of us whose apartments back up to rear of their building are being driven crazy!

According to the reader and nearby resident, calls to 311 get transferred to 911, where nothing has come from the complaints. Queries to NYSC have not been returned.

The gym has been closed since March 16. In early April, the New York state Attorney General's office ordered NYSC to stop charging membership dues during the COVID-19 closure.
Posted by Grieve at 8:43 AM