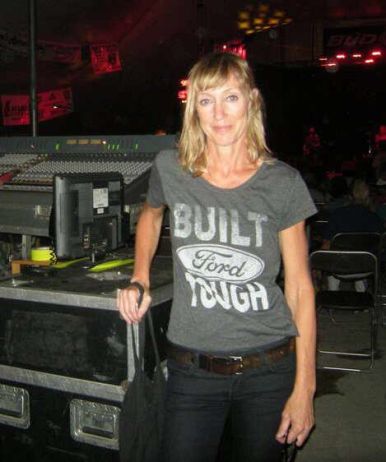 Holly Lane, a longtime East Village resident who worked in music, died suddenly on June 26. She was 59. A cause of death was not revealed.

A friend shared this information:

A consummate music professional, Holly was the common bond between many groups of people and could always be found networking and connecting friends and colleagues.

Holly was happiest when she was attending a rumba in the city or hearing an indie band perform. She was enthusiastic and knowledgeable about the music genres she adored. She relished talking about drums, sound systems and the record label business — and was always ready to share her passions.

A fierce advocate for artists’ rights, she strived to protect their assets and monetize their talents.

She leaves behind her sister, Jeanine Owen, a brother, nieces, grand nieces and also her beloved cats Porter and Esme, and many devoted friends. Holly was predeceased by her parents and sister Lorraine. Memorial services will be announced at a future date.

You can read more about her career at this link.

Damn. Still so young and beautiful. RIP dear one.

I didn't know her, but I think I have seen her around the neighborhood. I am so sorry for her and her family and friends. She left us way too young.

I miss her so much.

I’m heartbroken,Holly was a dear friend.

Oh Holly, too soon. That you've passed while your beloved city was in such chaos too. 40 years we've known each other. Will miss conversations with you forever. RIP my awesome friend.

Dearest Holly. A wonderful, beautiful and talented friend who I have lost too soon. I will miss you, your kindness, conversation and our 'Porter the Cat' mini fan club.

I miss you everyday I cry about it every night. There's a hole in my heart as it can't be filled I miss you Holly every single day.

Two years on....seems like forever. I miss you and think of you often. One of a kind in so many ways. Holly meant so much to so many.