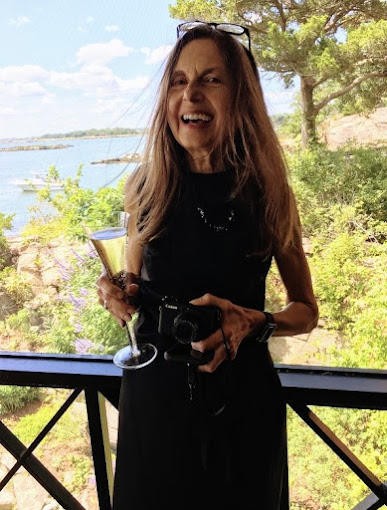 [Photo via In Memory of Margaret Morton]

East Village resident Margaret Morton, a professor at Cooper Union and photographer who documented the city's homeless, died on June 27 in her apartment on East 10th Street. Her sister told The New York Times that Morton was being treated for a form of leukemia.

Through a series of books, including "Transitory Gardens, Uprooted Lives" (1993), "The Tunnel: The Underground Homeless of New York City" (1995) and "Glass House" (2004), Morton humanely captured the everyday lives of her subjects.

An excerpt from the Times:

From her apartment on East 10th Street ... Morton had a front row view of the homeless encampments that engulfed Tompkins Square Park in the late 1980s. As she walked to work at Cooper Union, where she was a professor, she began to photograph these improvised structures, showing the ways people were moved to make themselves at home even when they had so little.

When the city bulldozed the park in late 1989, scattering those who lived there, Ms. Morton followed them and spent the next 10 years documenting their world and that of others on the margins, not only telling their stories but also advocating for their welfare. The author Philip Lopate, who described her as "our modern-day Jacob Riis," said recently that "she pulled off a rare combination of socially engaged photography that was also formally exquisite."

"Gentrification has transformed the East Village, erasing nearly every memory of its history as a refuge for ethnic groups and the radical fringe. Although I did not realize it at the time, the story of 'Glass House' marks the end of an era."

Friends and former students created a Facebook group in her honor. You can read tributes to her here.

You can find her website with samples of her work at this link.
Posted by Grieve at 11:00 AM

Thank you for posting. What a wonderful person. Sympathies to her family and friends.

She apparently died the same day as Milton Glaser; which is a freaky but apt coincidence.

Margaret Morton was my first design teacher, back in 1980—and we were her first design class. I occasionally got to run into her in the neighborhood over the years; last fall, I got to tell her that Rudy deHarak's iconic digital clock down by the seaport had gone back into operation.

No one ever tells me nothin'—and I also couldn't find her obit anywhere else, not even the Times—it's a good thing we have E.V. Grieve.