Report of a fire last night at Nublu 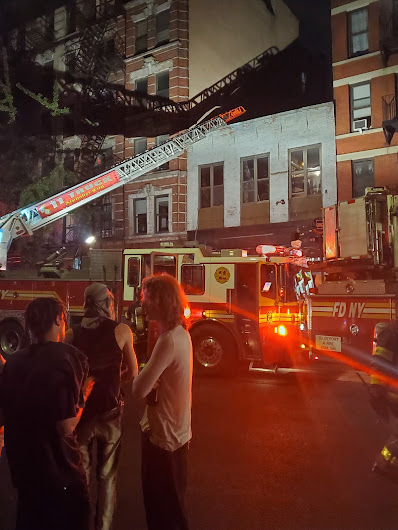 The FDNY responded to a report of a fire last night around 11:30 at Nublu, 151 Avenue C between Ninth Street and 10th Street... (thanks to Louise & Danny for the pics!) 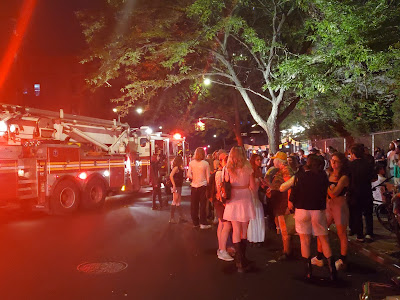 The @FDNYalerts account first reported the fire at 11:23 p.m., with an "under control" several minutes later at 11:32. We're told that the music venue filled with smoke, though there was minimal damage to equipment... and everyone safely exited the two-story building.
[Updated: The folks at Nublu said everything is OK and they will be open tonight. Someone tossed a cigarette butt in a trash can in the entryway, we're told.]
During the time of the fire scare, there was a sold-out party hosted by The Drunken Canal (your favorite newspaper).

This morning, you can find the issue — usually found only down in the box off Canal and Essex — on the southeast corner of 10th Street and Avenue C... (thanks to the reader for the pics!) ... 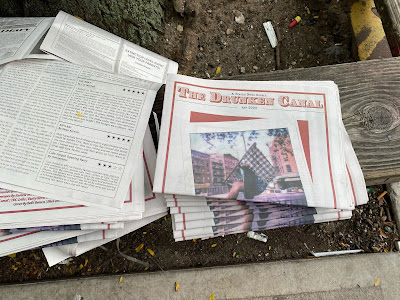 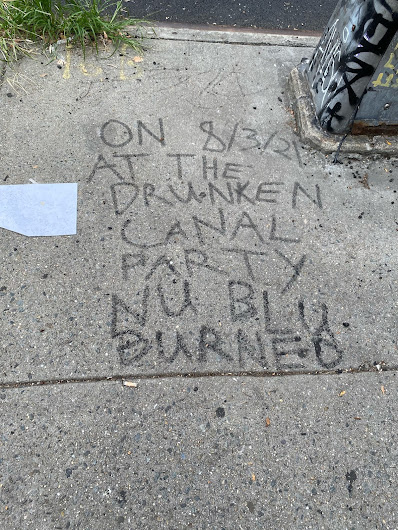 Hope it's ok. NuBlu is one of my absolutely favorite places in the entire world. (shhhh... don't tell just anyone)

oh no!! is NUBLU ok? we have so few venues left here, hope the space wasn't damaged.

I live two blocks down. I heard the sirens. Hope there isn't that much damage and everyone is okay. I can't understand for the life of me why there are always fires here in this small radius of blocks, especially around C and 7th. It's very strange.

Nublu is fine. It was a trash fire, almost definitely from someone throwing a lit or hot cigarette into a trash can, which was in the exit corridor, not the main room. There was a lot of smoke, definitely could have been much worse if there had been more flammable material nearby.

It was actually a concert for band & friends of the newspaper, The Hellp, hosted by the Drunken Canal

So strange. DJed a show there last Saturday and the smoke alarm kept going off and the firefighters showed up then too... Glad all is fine and well! Love Nublu!