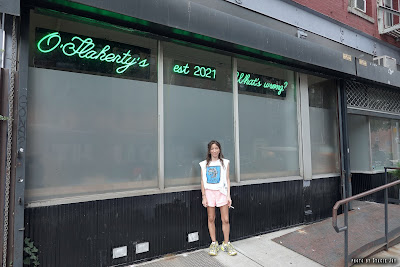 O'Flaherty's makes its debut tonight at 55 Avenue C.
No, it's not a bar, but rather a new art gallery via artist-curator Jamian Juliano-Villani here at Fourth Street. (The gallery is said to be an homage to Irish pubs and Juliano-Villani's own drinking habits.)
EVG contributor Stacie Joy took these photos the other week as Juliano-Villani prepped the space for the first show. 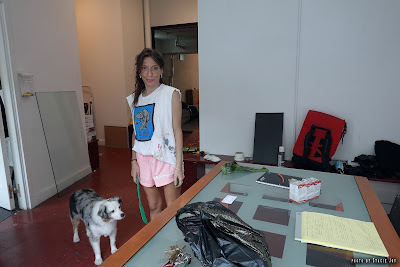 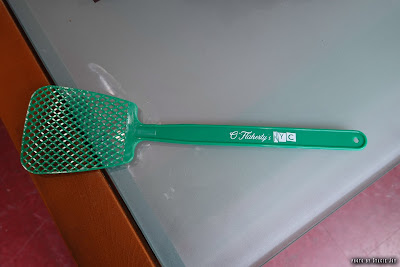 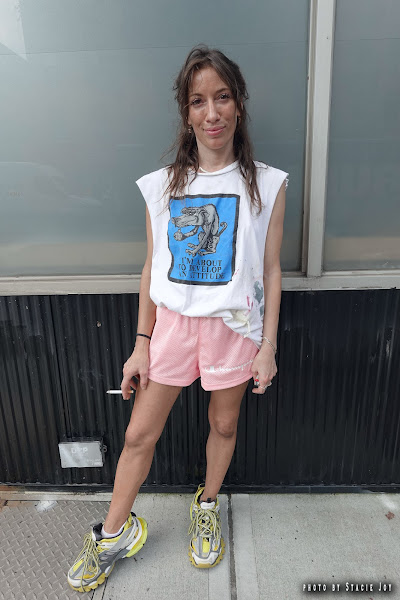 First, about the show, titled "Dingle does O'Flaherty's" ...

Dingle is a 70-year-old freak living in LA. The work in this show spans 50 years, the photos are from 1974, the sculptures are from 1994. These figures are 27 years old; however…Don't call them dolls, she'll be pissed. These are "psycho-tods," a fucked up form of anti-everything nihilism or something along those lines. These are babies with intention, hating the world and ready to destroy shit.

Now about the gallery... this via Artnet News...

[I]n an effort to rebrand herself "beyond my stupid, cheeseball paintings," as she put it, she's opening her own gallery ...
"I've been wanting to do this for a while," Juliano-Villani told Artnet News. "My work is a combination of references anyway, but there's only so much I can do with painting, and I enjoy ideas way more."
While the space will function as a commercial gallery, she also sees it as something of a performance in disguise. "I'm going to start wearing black, really cool fake Prada suits," she said.

The gallery is open tonight from 7-9. (Checking on hours after tonight.)

And the flyswatter in the above pic will be available in the gallery's gift shop.

oh well. there goes the studio. We had 10 years of lovely dance events, classes for kids and adults and workshops and more. Bye bye to Avenue C Studio and hello to pop up strange exhibitions...